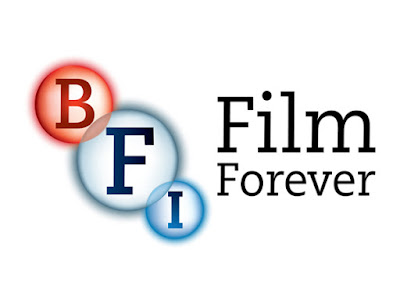 Official figures published today by the BFI’s Research and Statistics Unit reveal a record breaking performance from the UK film industry in 2017, reinforcing its global reputation as a world leading centre for film and TV production alongside the continued growth of UK cinema audiences.

Margot James, Minister for Digital and the Creative Industries said:  “From Star Wars to The Crown, the UK is a creative powerhouse for developing many award-winning films and shows enjoyed by millions globally. We have world-class studios, a talented workforce and highly competitive tax reliefs, and these fantastic stats show investment in our screen industries is booming.”

Amanda Nevill CBE, CEO of the BFI, said: "Once again, UK film and high-end TV surpass expectations and records are broken, with a staggering almost £3 billion spent on film and high-end TV production. We have a consistently growing industry, and doing so at speed – up 11% from last year and outstripping most other sectors. Productions such as Star Wars: The Last Jedi, Paddington 2 and Game of Thrones deliver new employment opportunities for everyone UK-wide, with every conceivable skill required, from special effects designers to costumiers, accountants and drivers. What's more it creates the most potent export to showcase the UK and our innate creativity and is a powerful and timely reminder of the UK as a major global player."

Adrian Wootton OBE, Chief Executive of the British Film Commission and Film London, said: “Film and high-end TV are big business, and today’s figures show the UK continuing to meet the growing demand for content and world-class skills, talent and technical expertise. Whether producing lavish period dramas or fantasy epics, every corner of the UK is delivering at the highest level, and our success ultimately translates to economic growth, job creation and training opportunities. This said, however, global competition remains fierce and the landscape continues to shift, meaning we can’t afford to rest on our laurels when it comes to supporting our industry and the highly-skilled workforce that drives it.”

The strength of the UK’s production sector is rooted in international confidence in the excellence of UK crews, the quality of the UK’s state-of-the-art studios and facilities, our film-friendly locations, support from the British Film Commission and the attractive fiscal environment created by the Government’s creative sector tax reliefs.  This winning combination continues to cement the UK’s reputation as the global destination of choice for film and TV production.

2017 saw £1.69 billion being spent by 68 major inward investment films basing themselves in the UK, an increase in the number of films – six – in this category and a 23% increase in spend on 2016’s £1.37 billion. Inward investment films made in the UK during 2017 include Tim Burton’s Dumbo,  Ron Howard’s  Solo: A Star Wars Story, Guy Ritchie’s Aladdin, David Yates’ Fantastic Beasts and Where to Find Them 2, Paul Thomas Anderson’s Phantom Thread, Christopher McQuarrie’s Mission Impossible 6and Ridley Scott’s All the Money in the World. Eight of these inward investment feature films also filmed in other EU states.

There were 130 domestic UK films made in the UK in 2017, with a total spend of £189.6 million. Independently produced domestic titles in 2017 include Idris Elba’sYardie, Mike Leigh’s Peterloo, Joanna Hogg’s The Souvenir, Tinge Krishnan’s Been So Long, Peter Strickland’s In Fabric, Chiwetel Ejiofor’s The Boy who Harnessed the Wind, Mandie Fletcher’s Patrick, Tom Harper’s Country Music, Josie Rourke’s Mary, Queen of Scots and Tom Edmunds’ Dead in a Week (Or Your Money Back).

The January 2016 statistics release recorded 129 domestic UK titles; this figure was revised upwards to 202 as more final tracking information was received. The total number of films reported across all categories of production for 2016 was 200 and this has subsequently been revised in this release to 293 as more information has become available. It is likely that this year’s total of 211 feature films made in the UK will be revised upwards.

High-end TV production in 2017
There was a significant growth in high-end television production with 49 inward investment productions generating a spend in the UK of £684 million, 27% higher than during 2016 and a new record in this area of production since statistics have been collected. High-end international TV productions made in the UK last year includeGame of Thrones (series 8), Philip K Dick’s Electric Dreams, The Dark Crystal: Age of Resistance, Outlander (series 4), Vanity Fair, Peaky Blinders, Howard’s End, Rellik, The Minaturist, Kiri, Hard Sun and White Dragon.

Animation television programme production in 2017
At the time of reporting, 21 television animation programmes were produced in the UK in 2017 with a spend of £54.1 million. Of these, 14 were domestic UK productions. However, there is a significant time lag in collecting animation data and these numbers are almost certain to increase as more information becomes available.

Box office in 2017
A mix of eagerly anticipated blockbuster films and independent UK films drove a strong year at the UK and Republic of Ireland box office with 171 million admissions representing a 1% increase on the previous year and a 3.7% increase in the value of ticket sales to total £1.379 billion.

Leading the box office was Star Wars: The Last Jedi, which took over £81 million in under three weeks following its mid-December release, followed by Beauty and the Beast (£72.4 million), Dunkirk (£56.7 million) and Despicable Me 3 (£47.9 million). Rounding out the top five was Paddington 2, an independent, UK/France production which has grossed £41.4 million since its November release.

Four of the year’s top performing films at the UK box office (with the exception of Despicable 3) were made in the UK, using the UK’s facilities, talent, crew and locations, again demonstrating the strength of the UK as a global production base making films that delight audiences worldwide.

Following Paddington 2, the second highest grossing UK independent film of 2017 was T2 Trainspotting (£17.1 million), Baby Driver, a production co-financed with the US (£13.1 million), Victoria and Abdul (£10.1 million) and The Death of Stalin, a UK/France/Belgium co-production (£5.1 million). The range of independent UK films which achieved success at the box office illustrates different genres and filmmaker voices from stories rooted in historical events such as Churchill, Their Finest, Viceroy’s House, Breathe, Victoria and Abdul; stories based on literary classics such as My Cousin Rachel; representations of British contemporary life such as God’s Own Countryand T2 Trainspotting; and experimental filmmaking with Loving Vincent. The UK film 47 Meters Down, ranked 13, was also the leading independent release at the US box office last summer.