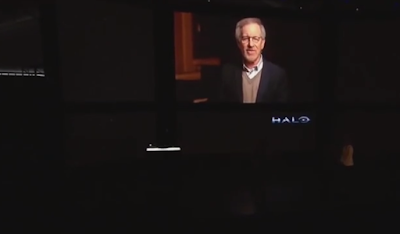 Halo TV series.  Those three words have been doing the rounds for at least four and a half years now with Steven Spielberg's involvement a certainty.  Well the series is definitely still on, allegedly.  TV Guide at the Television Critics Association winter press tour, asked Showtime bosses whether we're still getting a live-action television series based on one of the biggest video game franchises.

His answer was bugging me.  It sounded familiar somehow so I decided to look back through The Bearded Trio archives and found the following stories relating to the Halo TV series.

21st May 2013 - Spielberg announced at the launch of the XBox One he is involved in a Halo TV project.

25th Jul 2017 - Xbox Entertainment studios close but we're reassured by Microsoft that “Progress on the Halo Television Series continues...We have no further details to share at this time.”

I realise these projects sometimes hit problems and are not always plain sailing but the same stock answer year after year makes me think this project is going absolutely no where. I hope I'm proved wrong and more information gets released but for now I wonder if we have more chance of seeing Half Life 3 before a Halo TV series.