A Bluffer's Guide To Video Games Featured In Ready Player One 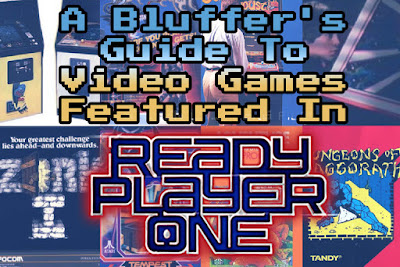 I've recently read the superb Ready Player One from Ernest Cline and I have to say it is one of the most thrilling books I've had the pleasure of reading in years.  The story throws a lot of 80's and gaming references throughout and this was perfect for me.  I'm a huge fan of the 80's as this was my teenage years so I look back at that decade with fondness.  I'm also an avid gamer and have been since the days of Space Invaders, so many of the gaming references I connected with and brought a retro-inducing smile to my face.

As a result of reading this epic story my expectations for the Steven Spielberg movie which is set to hit cinema screens in March are higher than any movie release in years.  I must admit I am intrigued how they are going to do some scenes as some of the challenges and scenarios in the book centre around a particular movie or video game.

Now, I realise not everyone are into video games, especially from the early eighties.  I'm not going to give anything away regarding the story and their context, but what I am going to do is list a few of the games that you should know about to be prepared for the movie.  If the movie is going to follow the book then having knowledge of the following will enhance your viewing experience. 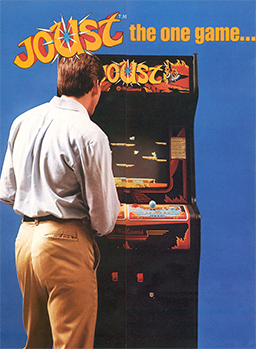 Joust was released in 1982 by Williams Arcade and was often seen at your local arcade parlour.  The player controls a yellow knight riding a flying ostrich or stork (nope, it makes no sense,) from a third-person perspective. Using the two-way directional joystick and the button for flapping the ostrich's wings, the player flies the knight amidst the floating rock platforms and above pools of lava; when manoeuvring off the screen to either side, the player will continue its path reappearing from the opposite side. The rate at which the player repeatedly presses the button causes the ostrich to fly upward, hover, or slowly descend. 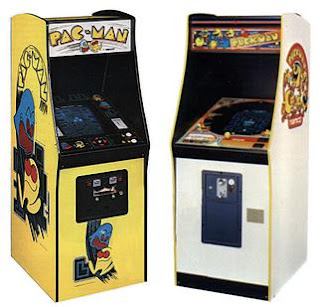 Lets be honest, even if you are not into video games, Pac-Man doesn't really need any introduction.  First released in 1980 by Namco, the game was an instant hit and became ingrained in popular culture.  Over 30 different incarnations of the game have been released and a Hanna-Barbera cartoon was created based on the game. 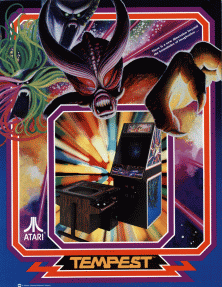 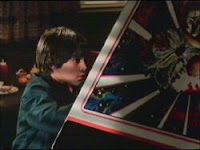 Tempest is another popular game you were likely to see at your local arcade.  It featured vector graphics and was one you could easily hear from across the room.  It was released in 1981 by Atari Inc.  Fun trivia:  You can catch the game in the film, Twilight Zone: The Movie. 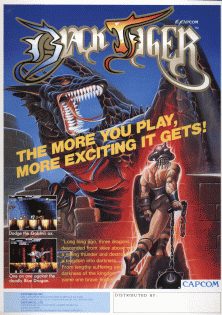 Staying in the arcades, the next entry is from 1987.  It's Black Tiger and it's worth noting the game is a 2D platform game.  A significant fact for the story. 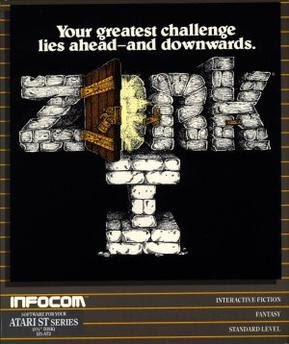 Zork is one of the earliest games to become a hit with gamers.  It's a text adventure by Infocom.  The game has no graphics meaning you use your imagination as the graphics engine.  The story is played out in text form with you having to enter commands such as "go north" and "hit the Troll with the Elfish Sword."  The game was released on many platforms including the TRS-80, Apple II and Atari ST. 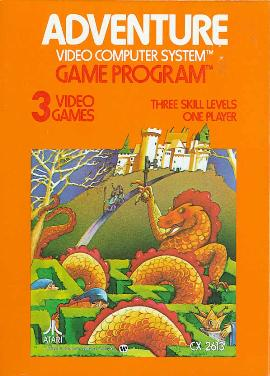 Adventure was released in 1979 for the Atari 2600.  This is an important game in Ready Player One mainly because it is widely considered to have one of the first hidden Easter eggs.  Creator of the game, Warren Robinett hid his name in the game for the player to discover in a secret room.

In Ready Player One, the creator of the Oasis, James Halliday mentions the game and in fact the whole Easter egg hunt was inspired by the hidden name in Adventure. 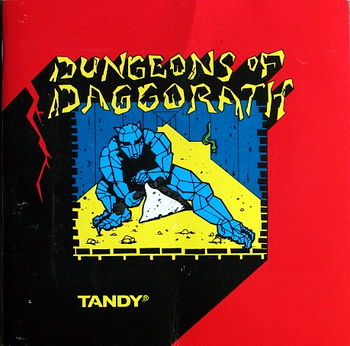 Dungeons of Daggorath was released in 1982 for the popular home computer, the TRS-80.  It was a step up from the text adventures and pushed the current hardware to its limits by trying to replicate 3D.  The player moved around a dungeon, issuing commands by means of typing — for example, typing "GET LEFT SHIELD" or "USE RIGHT TORCH"  Drawing out the maze would help with completing the game.


There are a lot more video games referenced in Ready Player One but the ones above are the prominent ones that you should know about.

If you enjoyed this feature and would like to see another one on TV/Movie references in Ready Player One then feel free to let us know.