Was I Convinced By The Last Jedi? Spoiler Free Reaction. 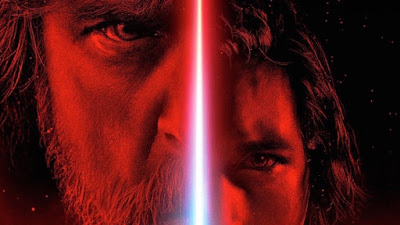 We've already posted our main spoiler-free review of Star Wars: The Last Jedi on our website and you can read that here, but I wanted to give my quick opinion on the latest offering from a galaxy far far away.

For the last few months I've actually managed to avoid spoilers.  An almost impossible task when you are involved in a site such as this one, but I did it.  Like The Force Awakens two years ago I went into the cinema with low expectations.  It's a strange thing with me and big blockbusters such as this one.  The build up has an opposite effect on me.  Where all around me fans are getting hyped for the movie, I tend to take a step back and avoid the hype.  Also the constant barrage of trailers and trailers for trailers, brands teaming up with the movie and chatter on the web, well it wares me down and by the time the movie comes out I'm kind of sick of hearing about it. 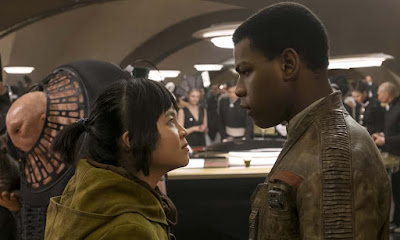 It happened with The Force Awakens, Rogue One and Jurassic World and The Last Jedi was no exception.  Yes I know, I'm a weird guy.  'Call yourself a fan?' I hear you say.  I am, believe me and perhaps having the low expectations for the film will allow me to give a proper objective view of the movie.

So did I enjoy it?  You bet your crystal critter I did.  Lets get the elephant out of the room here.  The story.  It's not the most original.  The Force Awakens was an enjoyable romp but the story had a number of elements similar to A New Hope.  Well it seemed to me watching The Last Jedi was like watching The Empire Strikes Back and The Return of the Jedi all in one.  Two and a half hours of watching two Star Wars movies in one.  Again with many elements from the original movies mixed into this new offering.

Don't get me wrong, the story is gripping.  I normally hate long movies but this was a blast a minute (almost literally.)  It looks beautiful, if a little dark in places.  There is an obvious difference between the way this new film looks and The Force Awakens and that is the extra use of CGI.  But for me (and you may find this a bit of a shocker) I actually welcome the extra use of CGI.  The more exotic creatures and aliens especially at the casino looked incredible.  There were some scenes that had a lot going on in the foreground and especially the background which will promote second and more viewings.  The use of CGI for some of the creatures was in my opinion needed and a good choice. 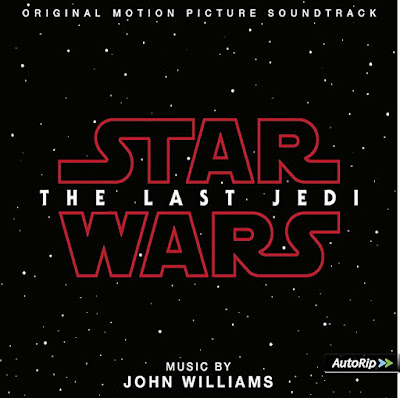 The music by John Williams.  Well, what can I say?  The Force Awakens soundtrack was greeted with open arms by all as it was more Star Wars music by the maestro and we had been waiting a number of years for that.  Some fans were left a little disappointed by the overall soundtrack with the odd highlight such as Rey's Theme.  Fans wanted more familiar tunes from the original trilogy. Well, I I have a suspicion that someone listened to the fans because this soundtrack will sit nicely along side A New Hope, Empire and Jedi.  It has so many nods to the original trilogy.  Some cues will make you smile.  Some will make you feel warm inside and one in particular will bring a tear to your eye, believe me.

The acting is good (not spectacular.)  Some of the cast outshine others but for the benefit of keeping this spoiler free I'm not going to elaborate on this.  Just go and watch the film, sit back and let Rian Johnson's vision take you away for a couple of hours.  It's worth it. 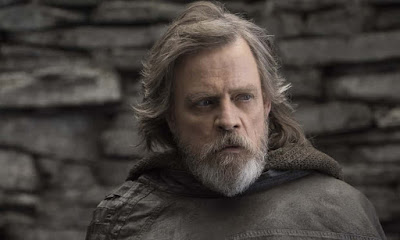 I had no expectations for the movie when I went it.  Just like I said in my review for The Force Awakens two year ago I didn't really have any  passion for the movie before I watched it.  Now that I've seen it?  Wow!  I want more.  Rian Johnson can stay for as long as he likes.  That was some ride.  It's not perfect.  It is a safe movie but then so was The Force Awakens and I enjoyed that too.  Sometimes a safe movie is not necessarily a bad thing.  My wife is not a Star Wars fan but so far has enjoyed both of the offerings in this new trilogy, especially this one.  She loved the Porgs, the look of the whole movie and the story.  She was hooked for the entire time.  I guess that's a hard thing to do and kudos to Disney, Lucasfilm and everyone involved for pulling off making Star Wars appeal to past fans and new ones.  Balance of the Force.

PS.  I hate those Porgs.  Look tasty though.