The Force is Coming to Town This Christmas at the Trafford Centre; Even Santa takes a Break from Christmas Preparations To Explore A Galaxy Far, Far Away in IMAX VR 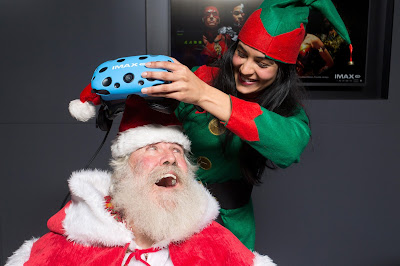 This Holiday season, in addition to seeing Lucasfilm’s Star Wars: The Last Jedi in IMAX cinemas, film fans can now join the Force and step into the Star Wars universe with two exciting virtual reality experiences at the newly launched IMAX VR Centre at the ODEON at intu Trafford Centre. Star Wars: Droid Repair Bay and Star Wars: Trials on Tatooine are both now available at the recently launched state-of-the-art experience centre in Manchester, which invites guests to experience other worlds with immersive, multi-dimensional virtual reality experiences, including movie entertainment content and games. 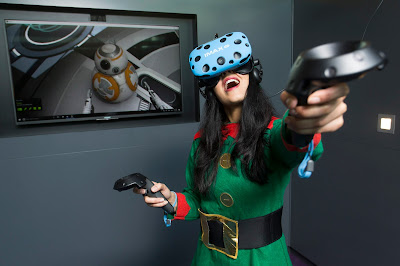 In Star Wars: Droid Repair Bay – the official VR experience connected to Star Wars: The Last Jedi – participants take on an important role as an astromech technician aboard General Leia’s ship to fix BB-8 and his droid friends. In Star Wars: Trials on Tatooine, users can repair the iconic Millennium Falcon and wield a lightsaber to defend R2-D2 from incoming stormtroopers.

Other mind-shattering experiences at the first IMAX VR Experience Centre in Europe include  Justice League: An IMAX VR® Exclusive, where users step into the shoes of the iconic DC Super Heroes including Batman, Wonder Woman, Superman, Flash and Aquaman; Space Flight, where you can experience the exhilarating feel of a space jet take off; Star Trek: Bridge Crew “Rescue at Perseph”, a multiplayer experience that takes place on board the Federation starship where you are responsible for firing phasers, plotting a course and bringing the ship to warp, and Eagle Flight a multiplayer experience offering the freedom of flight along with the thrill of aerial combat. 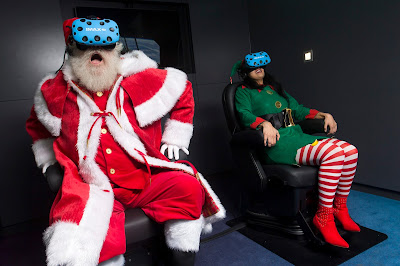 THE IMAX VR CENTRE
The IMAX VR experience features unique and world-class content that lets users see, feel, move and play in new worlds in a powerfully immersive and realistic way, much like IMAX® cinemas offer cinemagoers a differentiated and best-in-class film experience.

The Centre, which is located in the lobby of the ODEON at intu Trafford Centre, employs a new design – proprietary to IMAX – that consists of 10 “pods” to allow multiple players to enjoy highly interactive, exciting, moveable VR experiences in an extremely social environment. The pods, which are designed to optimise user mobility and interaction in virtual environments, can be adapted for specific content experiences – whether single- or multi-user.

For more information and to purchase tickets for IMAX VR at ODEON, visit www.ODEON.co.uk/IMAXVR