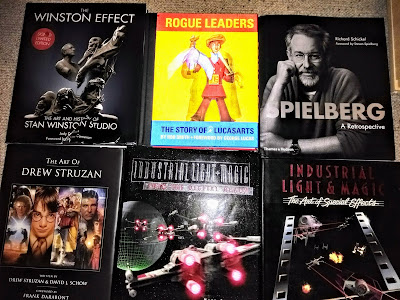 I love my gadgets.  Reading on my Kindle or the app, playing games on my gaming laptop or watching Netflix on my smart TV.  But there's nothing like curling up in your favourite chair with a good book especially when its one of those big glossy books on The Bearded Trio or one of their movies.  If you're a fan of The Bearded Trio or you know someone who is then here's six books suggestions to enhance your/their collection. 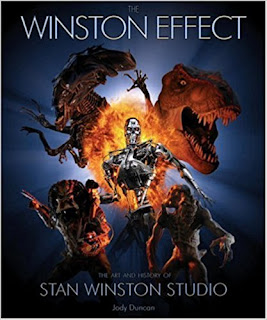 Stan Winston.  What a legend.  Sadly missed but what a talent he was and his legacy lives on.  You can see he amazing work from "The Terminator" and the extraterrestrial monstrosities of "Aliens" and "Predator" to the amazing dinosaurs of "Jurassic Park" and the fanciful character of "Edward Scissorhands."  This books covers it all in its 336 pages packed with behind the scenes shots and stories.
Price on Amazon US - $39.96
Price on Amazon UK - £29.99 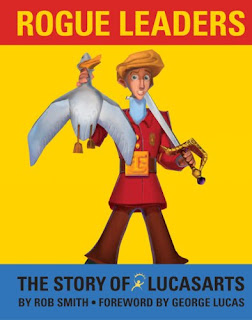 If you're a regular visitor to this site then you will know I am huge fan of Lucasarts and I miss their quirky point n' click adventure games.  Monkey Island, The Dig (with Spielberg's input) and Full Throttle are just a few of my classic gaming memories.  But Lucasarts are more than just their adventure games and this book will cover it all.  From their beginnings as Lucasfilm Games and Rescue on Fractalus to the disappointing The Force Unleashed II.  It's a bit pricey these days but shop around and you can get a reasonable priced copy.
Price on Amazon US - $78.38
Price on Amazon UK - £47.50 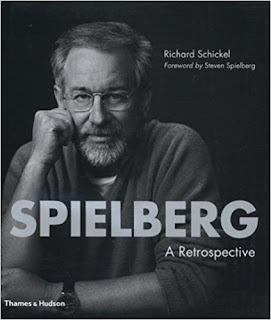 This retrospective celebrates some forty years of Steven Spielberg's boundless energy and his unwavering commitment to excellence in all areas of his work. The distinguished writer and critic Richard Schickel, himself a documentary filmmaker, applies his unique knowledge of Spielberg's 27 major films to appraise the directors remarkably prolific and varied career. Featuring many first-person observations drawn from Schickels interviews with Spielberg, as well as a personal foreword by the director himself, this book presents an insiders perspective on Spielberg's legendary achievements. Impeccably designed and illustrated with over 400 superb images (including revealing behind-the-scenes photos from DreamWorks own archives), Spielberg: A Retrospective is the ultimate tribute to a moviemaking icon, and a book to treasure.
Price on Amazon US - $11.99
Price on Amazon UK - £24.95

The Art of Drew Struzan 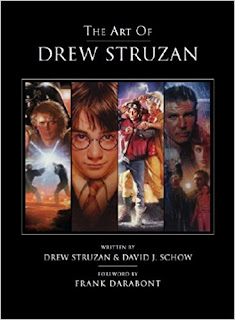 He is the favorite artist of both George Lucas and Steven Spielberg and the artist behind some of the most iconic images of our time… he is Drew Struzan.

Struzan has worked on the posters for the biggest films of the last 30 years. Blade Runner, Back to the Future, Jurassic Park and E.T: The Extraterrestrial to name but a few.

The first ever book to cover Struzan’s iconic poster artwork in depth, with the final artwork for each piece accompanied by background and anecdotes from an exclusive interview with the artist. With an introduction to Struzan’s philosophies and techniques, this stunning hardcover will include photos, sketches and reference material, plus closeups and a brief history of each poster featured, from Star Wars to The Goonies.

It really is an informative book from one of the movie greats.  It will give you an insiders look at the whole process of how these legendary movie posters get created.  It will also make you realise how this art form is unfortunately a dying art thanks to the advent of computers and film studios settling more and more for a photoshop rendition over beautiful art.
Price on Amazon US - $27.29
Price on Amazon UK - £21.24
Read our review here 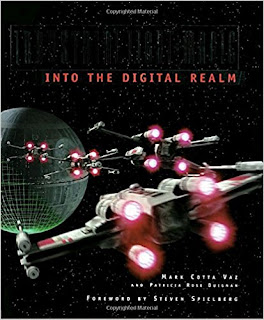 For more than twenty years, George Lucas and the technical wizards at ILM have literally changed the face of movie-making with their stunning, often unbelievable, visual effects.  Industrial Light + Magic: Into the Digital Realm chronicles ILM's second monumental decade--from 1986 through the mid-nineties--and includes a special discussion on the latest groundbreaking visual effects in the soon-to-be released Special Edition of Star Wars: A New Hope.

During this seminal period, ILM virtually redefined visual effects and blazed a trail into the digital realm.  With more than six hundred lavish full-color photographs, this fascinating book takes you behind the camera and into the rarely seen workshops, offering an amazing look at the men and women who create movie magic.  We follow the intricate crafts of matte painting, model making, and optical compositing as they are transformed into digitally driven systems, and we track the contributions of model and creature makers, animation specialists and optical technicians, and the unsung stage hands and pyrotechnic experts.

Packed with astounding information about ILM's technical innovations and remarkably clear explanations--including a revealing look at ILM's work with TV commercials and theme park attractions, a comprehensive glossary of essential terms, and detailed screen credits for all the company's film projects--this volume will enchant and enlighten all of us who have ever marveled at what we've seen on the screen and wondered: how did they do that?
Price on Amazon UK - £31.62
Price on Amazon US - $5.52 *BARGAIN* 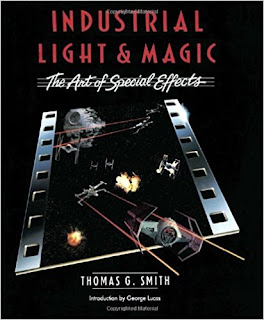 A lavish, profusely illustrated volume that tells the remarkable story of the organization whose name has become synonymous with state-of-the-art special effects: Industrial Light & Magic. From its early days in a large empty warehouse in Southern California's San Fernando Valley, to its Oscar-winning accommplishments creating special effects for the STAR WARS trilogy, RAIDERS OF THE LOST ARK, ET, POLTERGEIST, and a host of others.

This book is huge and a definite for anyone who has an interest in movies, how they are made and most definitely if you are a fan of The Bearded Trio.
Price on Amazon UK - £26.81
Price on Amazon US - $6.41 *BARGAIN*

Do you have any books in your collection you would like to recommend?  Let us know in the comments below and we'll add it to this article.