Steven Spielberg Reveals He Was Told Off By Kathleen Kennedy For His Attitude On The Set Of E.T. 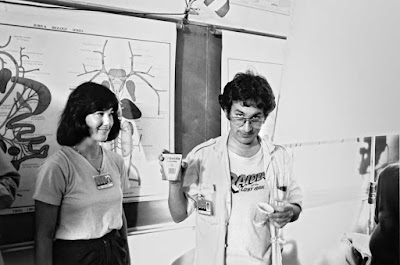 There's a new Steven Spielberg interview over at Hollywood Reporter and in it he reveals how he had a telling off from Kathleen Kennedy while filming E.T. The Extra Terrestrial for being too impatient with his crew.  It changed the way he worked and ultimately his image.  He said:

“Basically, I was a little bit of a hothead, impatient, and I would be hard on my crew — loving to my cast but tough on my crew.”

Spielberg continued: “And about 15 days into shooting E.T., she pulled me into her office and sat me down in a chair and gave me the b******ing of my life, because she did not like the way I was talking to the crew.

“She said, ‘This is unacceptable behaviour,’ and I hadn't heard that since a teacher in school or my own mom — and that was a big shift in my life.

“I became mindful because somebody I trusted and respected had called me out.”

On Nov. 28, THR gathered Spielberg, 70, and some of the key women who worked on the film (first-time screenwriter Liz Hannah, 31; producer and former Sony chief Amy Pascal, 59; Streep, 62; and the director's longtime producer Kristie Macosko Krieger, 47) in his offices on the Universal lot for a wide-ranging discussion about the Fox picture (which opens Dec. 22) and the issues it raises.