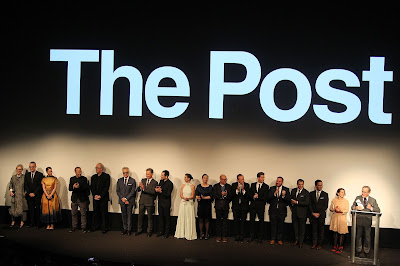 We've got some photos from the premiere of Steven Spielberg's The Post which took place in Washington D.C.