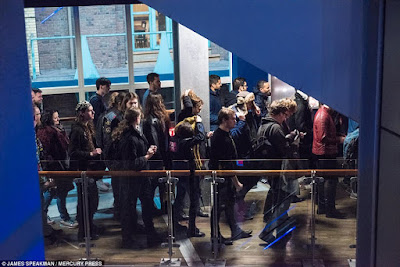 Star Wars: The Last Jedi has done well over its opening weekend bringing in an impressive $450m (£337m) in global ticket sales.

I think Lucasfilm and Disney will be extremely happy with those numbers making it the second best opener for an American movie, beaten by The Force Awakens of course.

The nearest rival was the animated Ferdinand which brought in $13m (£10m.)

One thing Lucasfilm and Disney will be relying on is the repeat viewing figures which for a Star Wars movie is a guaranteed amongst fans, however unlike The Force Awakens and Rogue One this incarnation seems to have fans split.  Just looking at the scores on Rotten Tomatoes show a split between critics and fans.  Currently critics give The Last Jedi an impressive 93% but fans are middle of the road at 58%.

Regardless of the split, it looks like another huge hit for Star Wars and I can see those Lucasfilm/Disney high fives from here.