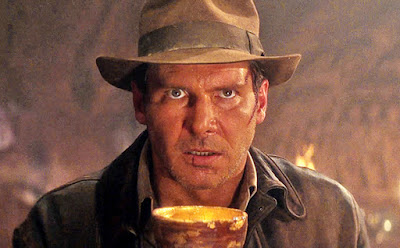 Top Movie magazine, Total Film have run a poll called the Greatest Movie Characters Ever.  8000 votes have been cast from movie lovers and Indiana Jones has been revealed as the greatest movie character.  In fact Harrison Ford is represented twice in the top three with Han Solo coming in third.  Princess Leia rounds up the top ten making it three characters in the top ten from a George Lucas movie.

The editor of Total Film, Matt Maytum said: "Great characters make great movies: it's that simple. So it was about time we held another poll to find out who is considered the greatest movie character of all time. It was fascinating seeing which movie stars were as popular as ever, as well as the dominant new franchises that are shaping the film landscape, and the classic cinematic icons that are still revered and respected. We're hoping that the list will inspire the same heated debated for our readers as we had in the office. Whoever your personal favourite is, there will be a cover for everyone."

Total Film are celebrating the poll by creating 100 different covers for the magazine which went on sale 20th October and is available for £4.99.