The Rivalry, Respect and Friendship Between George Lucas and Steven Spielberg 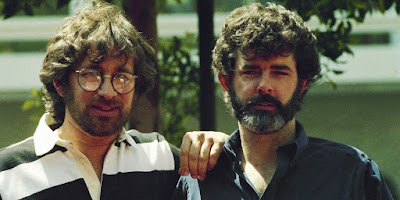 George Lucas and Steven Spielberg.  Two names that seem to have been connected for as long as I can remember.  Even their seemingly everlasting friendship is an inspiration of this very website, or at least two-thirds anyway.  For decades the two directors have had a locked-in friendship but actually that wasn't always the case.  In the early days it was rivalry and jealously that preceded the friendship that we've come to know.

They first met in 1967 when an eighteen year old Spielberg watched THX-1138.  The George Lucas movie debuted at a student film festival at UCLA (University of California LA) the same place he got rejected from.  Spielberg was blown away by what he had seen.  He said:

"I realized that there was an entire generation coming out of NYU, USC and
UCLA.  THX-1138, made me jealous to the marrow of my bones. I was eighteen years old and had directed fifteen short films by that time, and this little movie was better than all of my movies combined."

Around the same time George Lucas had watched Steven Spielberg's Amblin and instead of feeling jealous or impressed by the young director's work he actually thought it was “saccharine.”

It wasn’t until four years later that they crossed paths again when Lucas was at Francis Ford Coppola's house.  A screening of Steven Spielberg's Duel was taking place and Lucas thought he would catch ten minutes of the movie to see what it was all about.  Lucas said:

"Since I'd met Steven, I was curious about the movie and thought I'd sneak upstairs and catch 10 or 15 minutes. Once I started watching I couldn't tear myself away.  I thought, This guy is really sharp. I've got to get to know him better."

Spielberg's mild jealousy of Lucas seemed to be still with him even after American Graffiti and admitted in a later interview that "I was admiring and jealous of his style and proximity to audiences."  The admiration for the director was made public however when he called American Graffiti "the best American movie" he had ever seen.

The rivalry was still there when Star Wars was at the centre of Lucas's attention but by now they also had huge respect for one another and a working relationship that came about due to their love for the industry.  In fact it was Spielberg who defended the movie after some high profile people had run it down in previews.  Spielberg even offered to help on the movie and do some second unit work but unfortunately Lucas said no.  Star Wars was his project and the rejection left Spielberg disappointed. 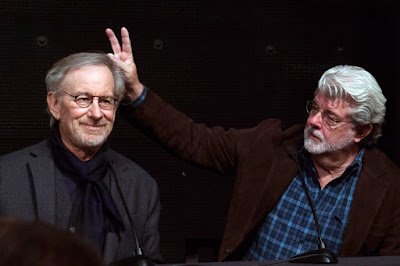 George Lucas believed in Star Wars but maybe not the box office success.  He even joked with Spielberg saying that some day he would beat Jaws.  It seemed Spielberg had more faith in the success of Star Wars than George Lucas did.  In fact Spielberg still makes money on Star Wars over thirty years after making a bet with George Lucas. Lucas was so sure it would be a flop in 1977, he offered Spielberg a percentage of the takings from his sci-fi epic, in exchange for the same percentage from Close Encounters of the Third Kind which was directed by Spielberg and released the same year as Star Wars.  Spielberg recalls

“George came back from Star Wars a nervous wreck. He didn’t feel Star Wars came up to the vision he initially had. He felt he had just made this little kids’ movie. He came to Mobile, Alabama, where I was shooting Close Encounters on this humongous set and hung out with me for a couple of days.  He said, Oh my God, your movie is going to be so much more successful than Star Wars. This is gonna be the biggest hit of all time.  You want to trade some points? I’ll give you two and a half per cent of Star Wars, if you give me two and a half per cent of Close Encounters. I said Sure, I’ll gamble with that, great. And I think I came out on top of that bet.  Close Encounters made so much money, it rescued Columbia from bankruptcy. It was the most money I had ever made, but it was a meagre success story. Star Wars was a phenomenon and I was the happy beneficiary of a couple of points from that movie which I am still seeing money on today.” 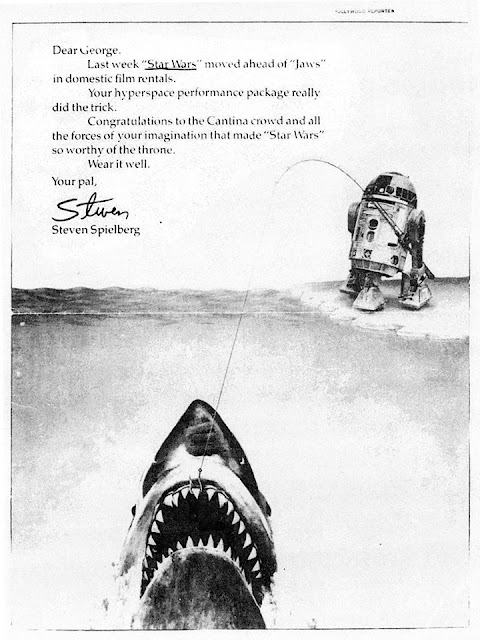 "Steven felt really upset about the fact that they (Star Wars) were coming out ahead of us.  Star Wars was our rival."

Even listening to previews of the Star Wars soundtrack caused stress for Steven.  He had introduced John Williams to George Lucas and after listening to his pieces thought that George had got the best out of the composer. 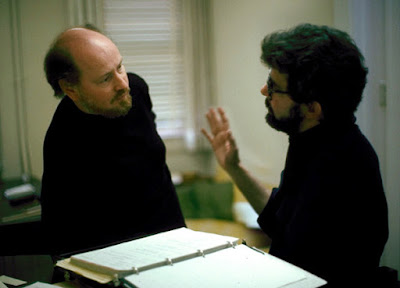 After 1977 the paths of the two directors were coming together and instead of two rivals that respected each other they became friends and allies to benefit movie viewers and ultimately movie makers all over the world.

After Star Wars and Close Encounters the two decided to take a vacation to Hawaii where they ultimately decided to make a movie together.  That of course was the birth of Indiana Smith which was promptly changed by Spielberg to Indiana Jones. 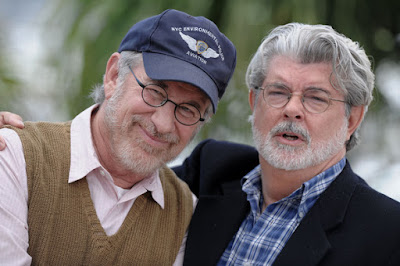 Two talents working together brought about by their rivalry, respect and love for movies and instead of these emotions getting in the way of their creative process, they built on them and turned them into an asset.  It's hard to think that their relationship started with one feeling jealous and the other not impressed with their work. Today we see George Lucas and Steven Spielberg as best of friends who had the same passion for the movie industry and were motivated by the same goals, making good movies.