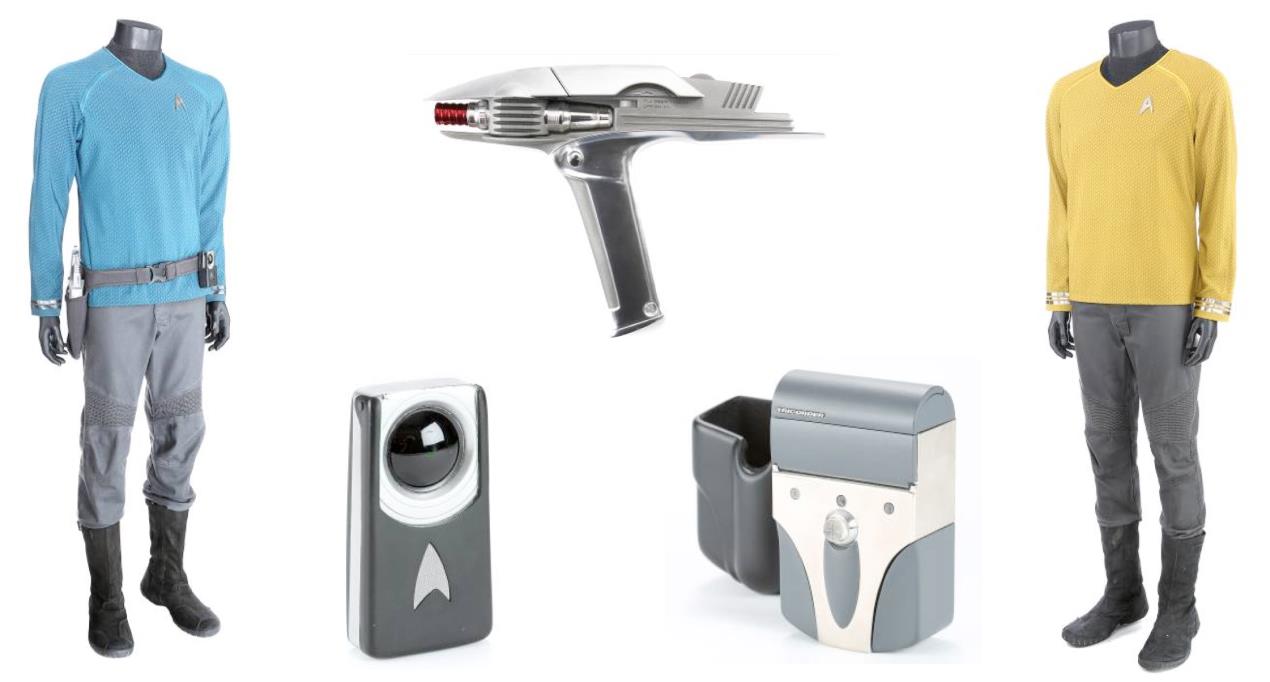 ** PROP STORE ANNOUNCES LIVE AUCTION FOR STAR TREK (2009) AND STAR TREK INTO DARKNESS (2013) ICONIC PROPS & COSTUMES IN ASSOCIATION WITH PARAMOUNT PICTURES **
FANS AND COLLECTORS WILL HAVE THE OPPORTUNITY TO BRING HOME 400 ARTIFACTS USED IN THE CREATION OF THE BLOCKBUSTER FILMS
- COSTUMES AND PROPS FROM FAVORITES LIKE KIRK, SPOCK AND UHURA ARE AVAILABLE FROM THE FIRST FILM- BIDS CAN BE PLACED IN PERSON, VIA TELEPHONE OR ONLINE - ALL LOTS SOLD WITHOUT RESERVE

Prop Store, one of the world’s leading film and TV memorabilia companies, in association with Paramount Pictures, is hosting an exclusive live auction event of original props, costumes and set decoration pieces used in the making of Star Trek and Star Trek Into Darkness.
400 lots will be offered in the auction on Saturday 2nd December from 11:00am PST, taking place at Prop Store’s auction facility in Valencia, Los Angeles County. The auction is a no-reserve sale meaning all final bidding prices are determined solely by bidding activity. Auction lots can be viewed in a free-to-download PDF catalog from Thursday November 2nd; a lavish printed catalog is also available for purchase. In addition to live bidding, out-of-town fans can participate via telephone or Online.
A selection of highlights will be on display in an auction preview exhibition at Prop Store’s offices from Monday 27th November to Friday 1stDecember. The exhibition is open to the public and free-to-enter. The auction lots are all authentic pieces used in the making of the current series of Star Trek films, and have been in storage with the studio since production ended in 2012. 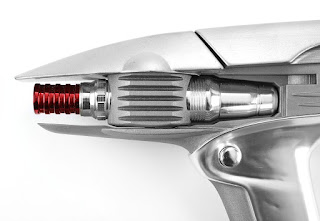 Some of the notable items collectors and fans can bid for with estimated sale prices include:
Star Trek is the 2009 reboot of the beloved science-fiction franchise that recast the main characters of the original Star Trek television series. The film was critically acclaimed and grossed over $385 million in worldwide box office; it was also the first Star Trek film to win an Academy Award, for Best Makeup. The follow-up film, Star Trek Into Darkness, grossed over $467 million worldwide and is the highest-grossing Star Trek film to date.
Brandon Alinger, Prop Store COO, commented on the upcoming auction: “Prop Store is thrilled to be working with Paramount on the official auction for Star Trek and Star Trek Into Darkness. The 2009 film was a brilliant reboot of the series and both it and Star Trek Into Darkness are highly regarded by fans, including all of us at Prop Store. We expect to see strong interest in all of the auction content, but especially items like the Enterprise costumes, Starfleet props, and Klingon-related lots—the majority of which have never been available to the public before. It’s a good time to be a Star Trek fan.”
The auction begins at 11:00am PST on Saturday 2nd December 2017. Lots can be viewed and bidders can register to participate at: http://www.propstore.com/auction