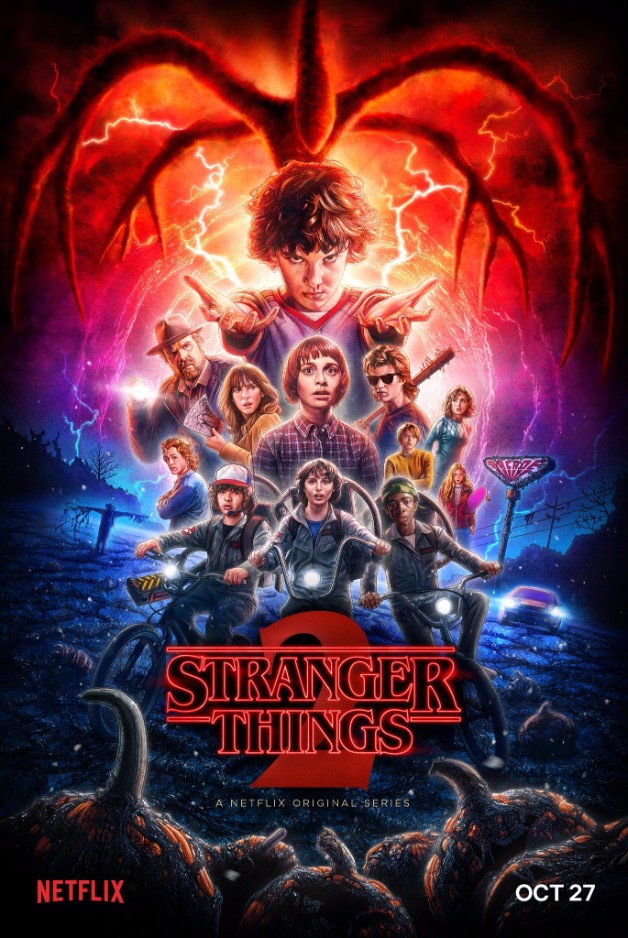 There's just a few days to go now before we return to the upside down world in Strangers 2.  To heighten your anticipation for this popular Netflix series they have released a new illustrated poster that seems to tip its hat to the classic 80's movie posters that we all love.  Drew Struzan would be proud.

The residents of Hawkins, Indiana are just getting over the horror of the first season and it seems they won't have time to relax as the new series continues.  Set in 1984 expect more glorious retro references and a wonderful soundtrack by Kyle Dixon and Michael Stein.