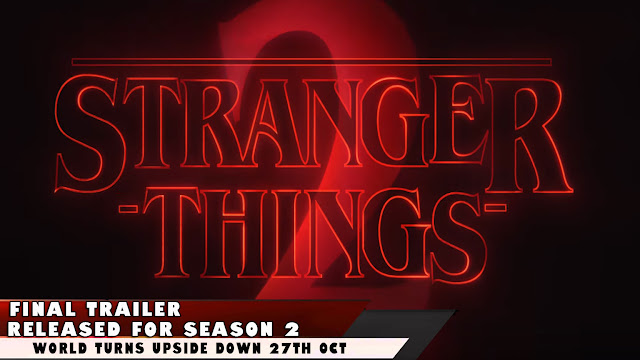 The latest and final trailer for Stranger Things Season 2 has been released.  Stranger Things 2 as the creators, Matt and Ross Duffer prefer to call it will be released on Netflix, 27th October just in time for Halloween.

The new series will pick up a year later and of course all kinds of weird goings on is still on the menu along with Eggos.  There's some weird spider cloud creature, telekinesis, strange dimensions and Eleven is back looking more sinister than ever.  The old gang seem to have a 'Lost Boys' confidence about them from the vibe in the trailer but we'll have to wait and see if that lasts throughout the season.

One thing is for sure we are destined for more glorious retro 80's surroundings and a gripping story that has a tinge of Spielberg, King and Lovecraft.

The world turns Upside Down on October 27 on Netflix