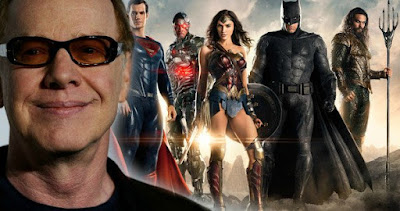 Danny Elfman will be bringing us the soundtrack to DC's Justice League and it seems he's under no illusion that fans want some of the classics back.  Who wouldn't want to hear John Williams' Superman signature piece once more on the big screen?  Well it seems we're going to get just that, even if it is just for a fleeting moment.

In an interview with Billboard, Elfman tells us:

"There are a few little fan moments. I instated a moment of the Wonder Woman theme that Hans Zimmer did for Batman Vs. Superman, but I also had two minutes where I had the pleasure of saying, “Let’s do John Williams’ Superman.” and that for me was heaven, because now I have a melody to twist, and I’m using it in an actually very dark way, in a dark moment. It’s the kind of thing that some fans will notice. Some won’t. It’s a moment where we’re really not sure whose side he’s on. "

So a twist on the iconic John Williams theme and a dark twist too.  Will be interesting to look out for. It's an interesting interview and worth a read.

What do you think of Danny Elfman using John Williams Superman theme in the upcoming Justice League?  Let us know in the comments.