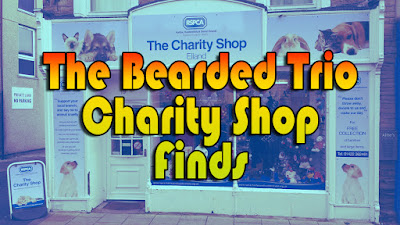 So this week's charity shop pickings is a mix bag and not that much I'm afraid.  Well I do have an excuse, I've been on holiday or vacation for our American friends.  I've spent the week down in pirate country also known as Cornwall.  But that doesn't stop me from picking up a few gems along the way.  If you're not familiar with charity shops, they are shops  full of donations from the public and the proceeds go to the specific charity.  Its a bit like a Thrift store in the U.S. but on a smaller scale.  You tend to find them scattered all over a town centre and if you're lucky you can find some hidden treasure.  Here's what I found last week and one item that wasn't even from a charity shop.

First we have this vintage Return of the Jedi pencil case from Frankel N Roth.   Featuring pictures of Admiral Ackbar, a Gamorrean Guard, Luke, R2-D2 and Threepio  The trademark is 1983 as you would expect, not sure if the pencil case is from that year.  Perhaps someone could shed some light and let me know in the comments below. 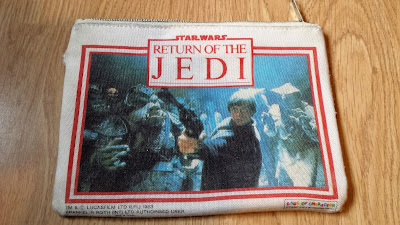 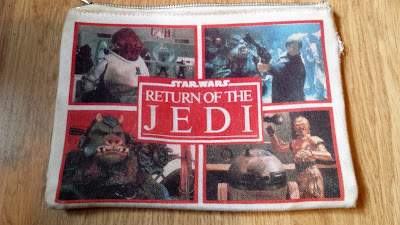 Next we have an E.T. The Extra Terrestrial Read Along book and compact disc.  This was re-released for the 20th anniversary in 2002.  It has a young Drew Barrymore as Gertie reading the book along with clips from the movie to enhance the story.  The original soundtrack by John Williams is present along with familiar sound effects and of course the all important notification to let you know when it's time to turn the page.  The original read-along was produced by Steven Spielberg and Jymn Magon.  I was quite impressed with the production value of this one.  The contents comes with a 24 colour book and of course the CD and if you fancy listening to the CD then play the video below. 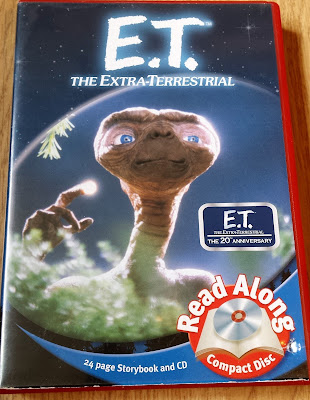 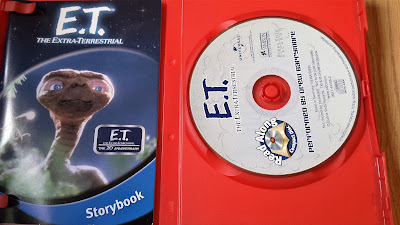 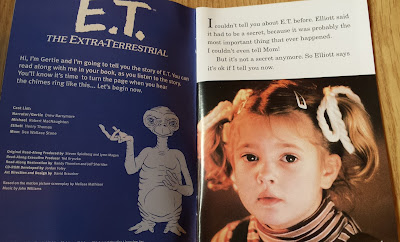 Next we have a Lucasarts title that I was more than happy to pick up as this one wasn't in my collection.  Secret Weapons Over Normandy was released in 2003 for the PS2 and is a second world war air combat game.  It was published by Lucasarts and developed by Totally Games which you may know as they also did the X-Wing games.  Also, did you know the soundtrack to Secret Weapons Over Normandy was composed by none other than Michael Giacchino?  Definitely worth a listen. 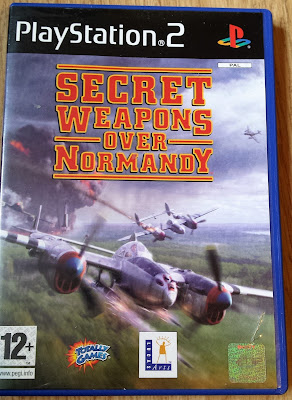 You can watch some footage of the game below. 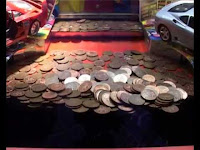 Finally we have these three Star Wars The Force Awakens stickers.  I've added these as I worked hard for these, or I should say my wife did.  You see while we were in Cornwall we couldn't resist popping into the local arcades to play some retro games.  I found an old Outrun machine that I was rather pleased with until I started playing and realised the brake pedal was sticking.  Oh well.  Meanwhile, my wife was playing on those 2p tumble machines.  You know the ones where you put a coin in and it drops down and the shelves move so you hope you can win...Well more coins.  On this particular one there were some Star Wars stickers and Rach was determined to win them for me.  It cost her about £5 but we got them.  The value is around 20p but she enjoyed the mission. 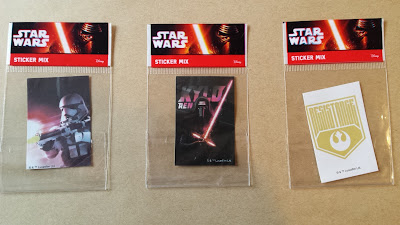 Stay tuned for another 'The Bearded Trio Charity Shop finds' coming soon.  In the meantime, I would love to see your pickings related to The Bearded Trio from charity shops, boot sales or thrift stores.  Either post below or on our various social media pages and I'll post them on the next post.