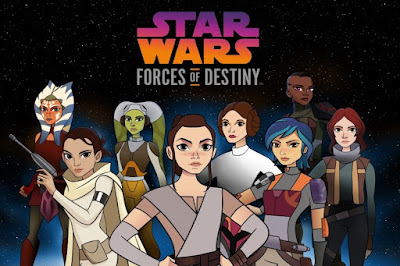 "Star Wars Forces of Destiny" will also continue to be supported by global product extensions, such as Adventure Figures and role-play from Hasbro, apparel exclusive to Target, as well as books and comics from Disney Publishing.