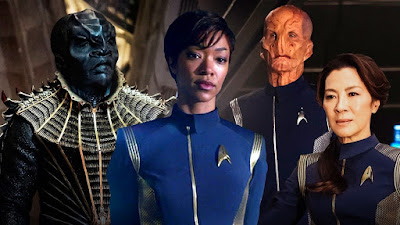 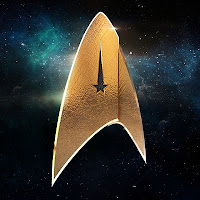 The first think I must say about Star Trek Discovery is it looks incredible, probably one of the best looking TV series I've ever seen.  I really mean this!  The battle sequences are up there with anything I've seen on the small screen or the big screen for that matter.  It looks like Star Trek with a hint of Mass Effect at times.  Very pleasing on the eye.  The technology used sometimes looks a little advanced for the timeline but I can forgive this for artistic licence.

The sound effects are pleasing, especially for a Trek fan like me.  From time to time you get a familiar chime or alert sound that you know all too well from previous incarnations of Trek.

For a pilot episode it has a lot of potential.  Not the strongest Trek pilot in regards of story but certainly better than Encounter at Farpoint and The Caretaker.  It didn't feel obliged to introduce everyone and everything which a lot of pilots are guilty of.  Saying that I was a little bit surprised they didn't introduce more main characters from the Federation side only stopping to introduce you to the Captain, the first officer and the science officer. 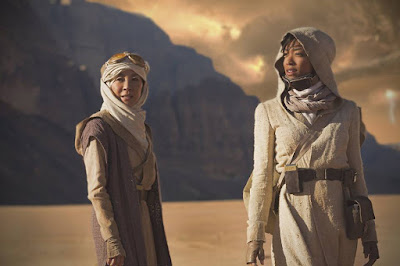 The story isn't the strongest point of the pilot but that may just be me.  I was never a fan of Klingon episodes, leaning too much to combat with their honour and beliefs playing a strong part.  The decision to have the Klingons speak in their native tongue with subtitles got a little tiresome and I was wishing I had an universal translator at one point.  The story, I felt was a cross between Nemesis and J.J. Abrams first incarnation of Trek.  The episode did dip but it's a pilot episode so I guess that was inevitable.

I had low expectations for Discovery and I was all ready to describe it based on my predetermined expectations.  I thought it was going to be a wine spritzer.  A fine wine that has been cared for and made with love and then watered down to appeal to the masses.  I was wrong.  It is Trek.  It deserves the name. 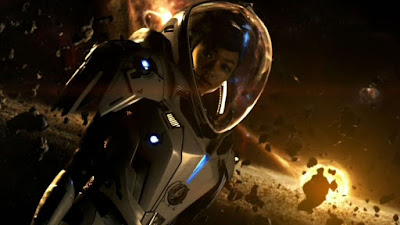 It could have been better, yes.  The acting I hope improves but even my favourite Trek, DS9 suffered with that problem at first.  A promising start with future potential.   I hope we get more Trek stories and a little less battle and fighting in future episodes.  I hope Trek on TV is here to say and lives long and prospers.