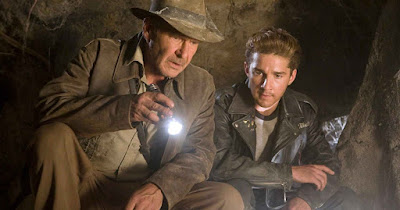 While we know Harrison Ford will be returning as Indiana Jones in the fifth installment of the legendary franchise, his on-screen son will not be joining him. Screenwriter David Koepp confirmed to Entertainment Weekly that Shia LaBeouf would not be reprising the role of Mutt Williams.

“Harrison plays Indiana Jones, that I can certainly say,” screenwriter David Koepp, who has penned a script for the fifth film in the storied Indiana Jones franchise, tells EW. “And the Shia LaBeouf character is not in the film.”

About the film in general, Koepp goes on to say:

“We’re plugging away at it. In terms of when we would start, I think that’s up to Mr. Spielberg and Mr. Ford,” he continues, playfully teasing that the plot will involve “some precious artifact that they’re all looking for” throughout the film. “I know we’ve got a script we’re mostly happy with. Work will be endless, of course, and ongoing, and Steven just finished shooting The Post …. If the stars align, hopefully it’ll be his next film.”

Mutt Williams tended to be a controversial character among fans, so this doesn't really come as a surprise.

You can read the entire article on EW.com.