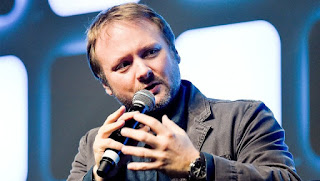 Who is directing the third film in the new Star wars trilogy now that Colin Trevorrow is out? Not Rian Johnson, according to Hollywood Reporter.  In a press conference in Japan, Johnson stated that he's not in the running for the job.

"It was never in the plan for me to direct Episode IX, so I don’t know what’s going to happen with it. For me, I was entirely focused on Episode VIII and having this experience. Now I’m just thinking about putting the movie out there and seeing how audiences respond to it. So no, I’m not really thinking about that right now."

He continued, "Whoever does it, I’m going to be really excited to be an audience member again, and to sit down and see what the next filmmaker has to show us and where this story ends up going."

Personally, I think this good news. While I am pretty confident in Johnson's ability to deliver with The Last Jedi, the original concept of three directors with three distinct visions still seems like the way to go.  We also need someone behind the final chapter who has more interest in exploring Supreme Leader Snoke  as something other than a (let's be honest) heap copy and plot device, which is something that J.J. Abrams and now Johnson (according to his statements on the subject) haven't done. Snoke has potential to be a very interesting character, but unless they deliver on that big time, he's a pretty blatant clone of Palpatine. Regardless of whether he's revealed to be someone we know, he at least needs to be someone. As long as we are leading to something there, I'm good. If not, it's a major flaw with this trilogy.

Johnson was a great choice for the middle chapter, but the quest for a closer on this trilogy appears to still be unfinished (though Lucasfilm doubtless knows more than we do on the subject.).

Who do you want to see direct Eipsode IX?