Rian Johnson Reveals The Identity of The Last Jedi 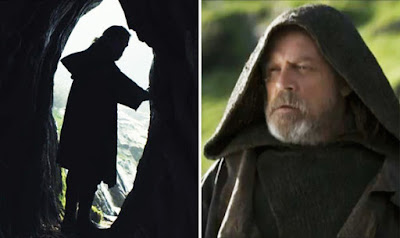 Ever since the title of Stars Wars Episode VII came out, there has been speculation as to whether the
title referred to Luke Skywalker, Rey, Ben Solo, Snoke, or someone else. But today, just when Lucasfilm needs some good publicity, director Rian Johnson has answered the burning question.

"It's in the opening crawl of The Force Awakens. Luke Skywalker, right now, is the last Jedi. There's always wiggle room in these movies --- everything is from a certain point of view --- but coming into our story, he is the actual last of the Jedi. And he's removed himself and is alone on this island, for reasons unknown."

There are still plenty of questions to be answered this December, but but there's one down. Meanwhile the question of who The Last Director is remains decidedly up in the air.

You can read the article here.