John Williams Returns to Conduct the Chicago Symphony Orchestra in 2018 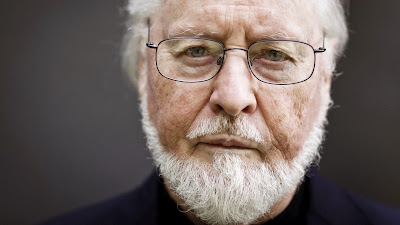 The iconic composer John Williams will be returning to conduct the Chicago Symphony Orchestra for two performances in April 2018 as part of the CSO at the Movies series. Tickets are available now.

Legendary composer John Williams returns to the podium at Orchestra Hall to conduct  the incomparable CSO in his most beloved and unforgettable works. Don't miss this thrilling event featuring music from some of the greatest films in cinema history

There will be two performances. The first is on Thursday, April 26 at 8:00 p.m., while the second will take place the following Saturday, April 28 also at 8:00 p.m.

The programs for each performance have not been announced just yet.

You can purchase your tickets at CSO.org.