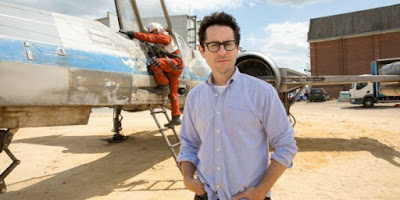 It was only last week that it was announced that Colin Trevorrow will not be directing Episode IX.  The official statement said both Trevorrow and Lucasfilm (Kathleen Kennedy) mutually decided that it was for the best.  However, recent reports have said that Trevorrow was booted from the director's chair for being 'too awkward.'

An official statement from Kathleen Kennedy has been released on today's news.  The Lucasfilm president tells us:

“With The Force Awakens, J.J. delivered everything we could have possibly hoped for, and I am so excited that he is coming back to close out this trilogy,”

The interesting fact that stands out for me in this statement is that Abrams is not only directing but also writing.  Does this indicate a completely clean slate for Episode IX?  Back to the drawing board?

What do you think of today's news?  Are you glad that Force Awakens director, J.J. Abrams is back to wrap up the new trilogy?  Or do you wish there had been another director giving the chance?  Let us know below.