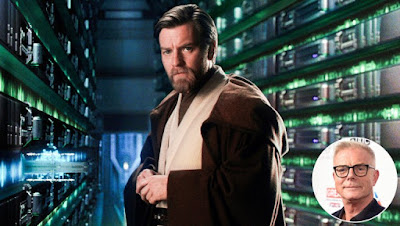 We try to stay away from rumours and unconfirmed stories on The Bearded Trio but this one comes from a reliable source such as The Hollywood Reporter and if true then it would be quite a popular result.

Director Stephen Daldry (Billy Elliot) is claiming that he is in early talks with Lucasfilm about developing a movie based around Obi-Wan Kenobi.   Sources for The Hollywood Reporter say that their is no script as yet and if a deal is made, Daldry would oversee the development and writing with Lucasfilm brass.

There is much speculation about the movie including at what part of Obi-Wan's life would the movie be centred around.  The popular Jedi was featured heavily in the Star Wars movie and especially in The Clone Wars TV series.

We must stress that this is still unconfirmed and please take the story as unofficial.  It may be completely false.  Currently we've had nothing from Lucasfilm and no press release on the subject.

Of course we will keep you posted on this subject.