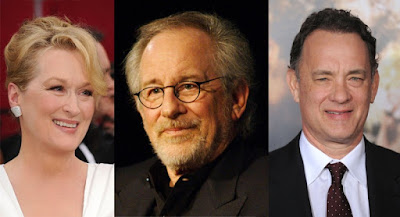 Steven Spielberg's latest project, informally called The Papers has been officially renamed to The Post.

The Post will tell the story of the Washington Post’s decision to publish the classified Pentagon Papers in 1971.  It will star Tom Hanks and Meryl Streep.  The movie is expected to be released with a limited run on December 22nd and then a full release on January 12th, 2018.

The movie which is co-financed by Amblin Entertainment and Fox is being tipped to do well at the awards and I can only guess that is based on the subject matter alone.  Expect a trailer soon.

What do you think?  Do you prefer "The Papers" or the new "The Post?"