My Favorite Ships from the Star Wars Films by Eric Onkenhout 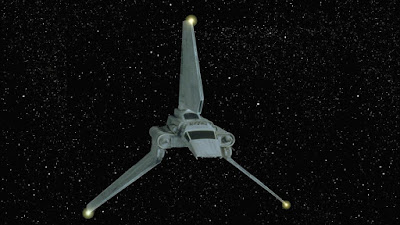 One of the greatest aspects of Star Wars is its design of original spacecraft. So many talented artists gave their personal interpretation of what a ship in the Star Wars galaxy could look like, who could fly it, and exactly what its purpose would be despite its fantasy setting. From the very beginning George Lucas wanted the look of a used universe. He wanted the ships to look like they’ve been through battle, with dents and dings and scorch marks. Arguably it is this quality alone that make the ships of the Star Wars galaxy so distinct from any other film franchise. As a enthusiast of fighter aircraft, I’ve always been drawn to certain ships for one reason or another. Last month I wrote about favorite Legends ships which you can read here.

So here are my favorite ships from the films: 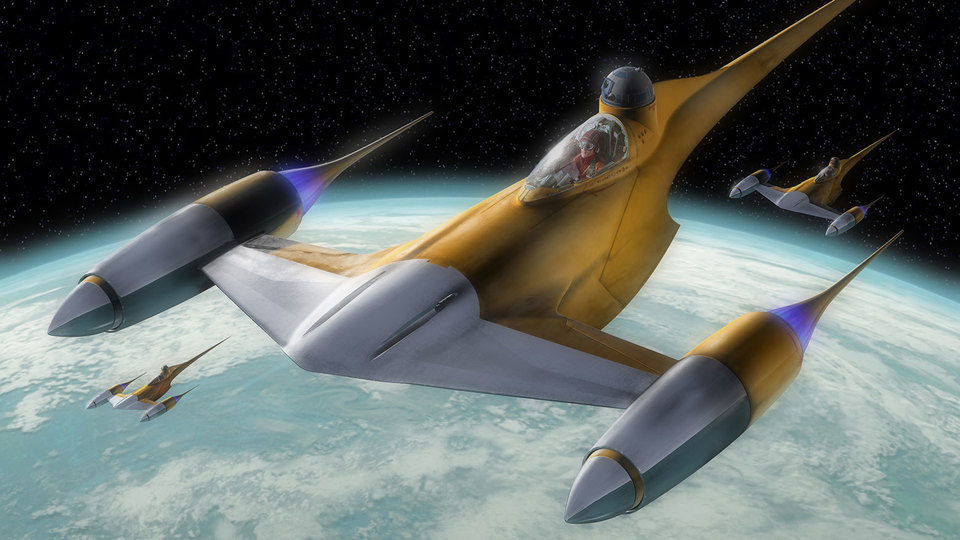 1. From Episode I, Naboo N-1 Starfighter is in my opinion the most elegant design of any ship in Star Wars apart from maybe the Naboo Royal Starship. It’s smooth, curved lines represent a culture based on art and nature. At 11 meters in length, the Naboo fighter features twin blaster cannons and proton torpedo launchers. Despite Naboo’s peaceful civilization, they posses a very capable fighter and is quite deadly in the right hands. Much like future fighters used by the Alliance, the Naboo also had a socket for an R2 unit for astrogational purposes. 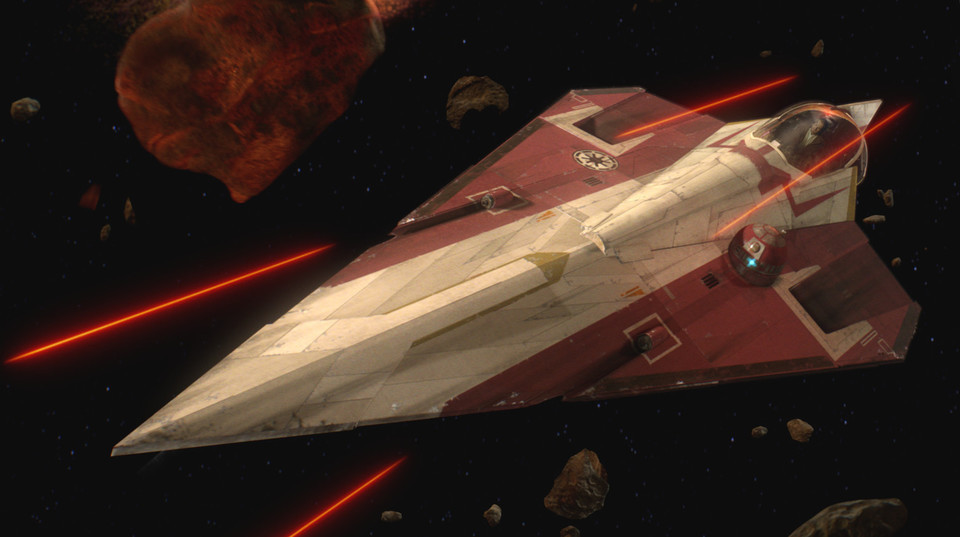 2. The Delta-7 Jedi Starfighter from Episode II is definitely one of the coolest designs in Star Wars. Designed to be an inspiration for The Imperial Star Destroyer, its wedge shape gave the Jedi Starfighter a sleek arrow-head shape. Despite not having an internal hyperdrive, the Jedi Starfighter used an external docking ring that propelled the fighter into hyperspace. The off-center placement of its R2 socket allowed the pilot a 360 panoramic view of their surroundings. I chose this iteration over the Eta-2 seen in Episode III mainly because it was the original. 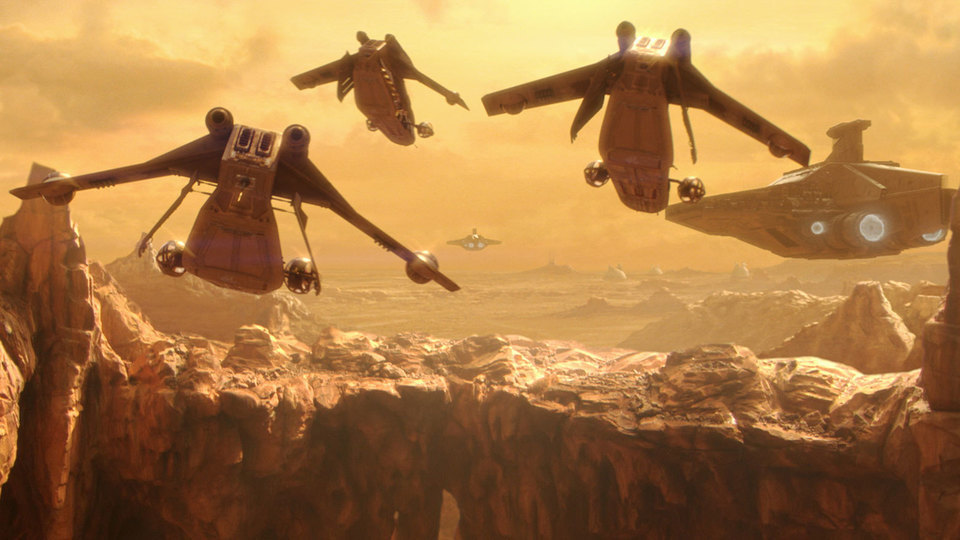 3. Republic Attack Gunship from the Battle of Geonosis in Episode II brings to mind heavy duty assault helicopters that saw action over Vietnam. They were the workhorse of the Republic. Their purposes ranged from, air support to vehicle and troop transport. These ships were heavily armed and could take a beating. They remind me of an old Soviet helicopter called a Mil Mi-24 Hind, these were fast, heavily armed helicopters that could dose out a punishment. 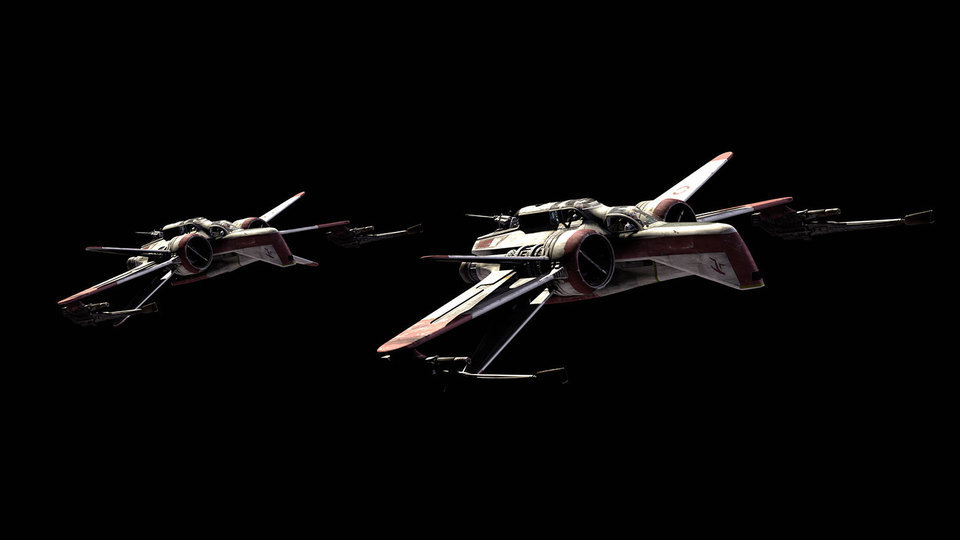 4. ARC-170 Starfighter from Episode III. Another aircraft uniquely designed for it’s own film. A heavy assault fighter flown by the the Republic, the ARC-170 or Aggressive Reconnaissance Fighter, was crewed by a pilot, co-pilot and an R2 unit. It’s large bulk allowed for its sturdiness, at a cost of manoeuvrability. Much like previous fighters I’ve mentioned, the ARC-170 has some real-world brothers--the Lockheed P-38 Lighting flown by the Allied forces in WWII and its counterpart, the Messerschmitt Bf 110 flown by the German Luftwaffe--both were heavy fighters. 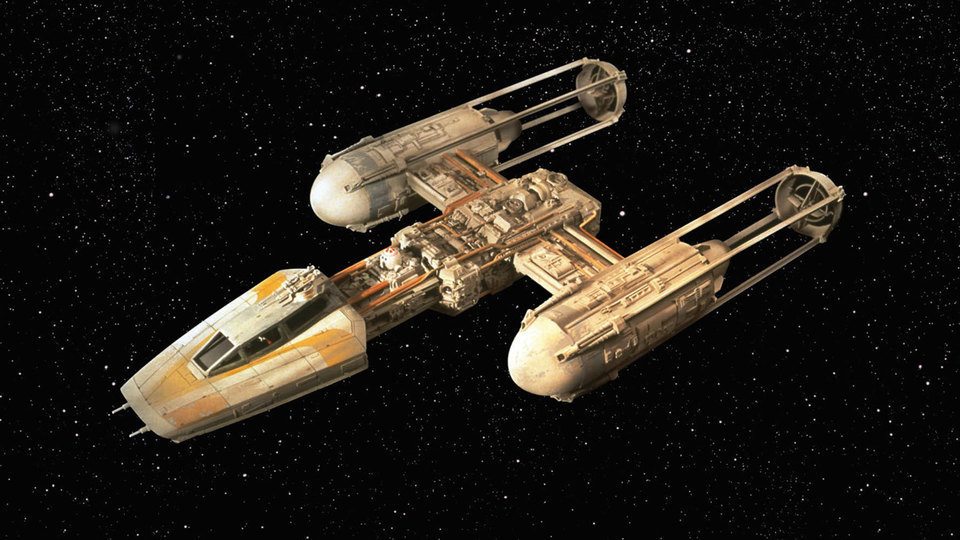 5. I might get some flack by certain X-Wing lovers, but my vote goes to the Y-Wing. Ever since I played the X-Wing space combat simulator in the 90s, I fell in love with the backbone of the Alliance. This is going to sound really nerdy, but one of the aspects I really liked about flying the Y-Wing was the placement of the cannons. Straight out in front. Not coming from way outside like with the X- and B-WIngs. I also liked the fact the in was a little slow. The A-Wing was so fast I never had enough time to take aim. It was ole reliable like the family station wagon...okay maybe not the most flattering quality but it did its job. Long live the Y-Wing! 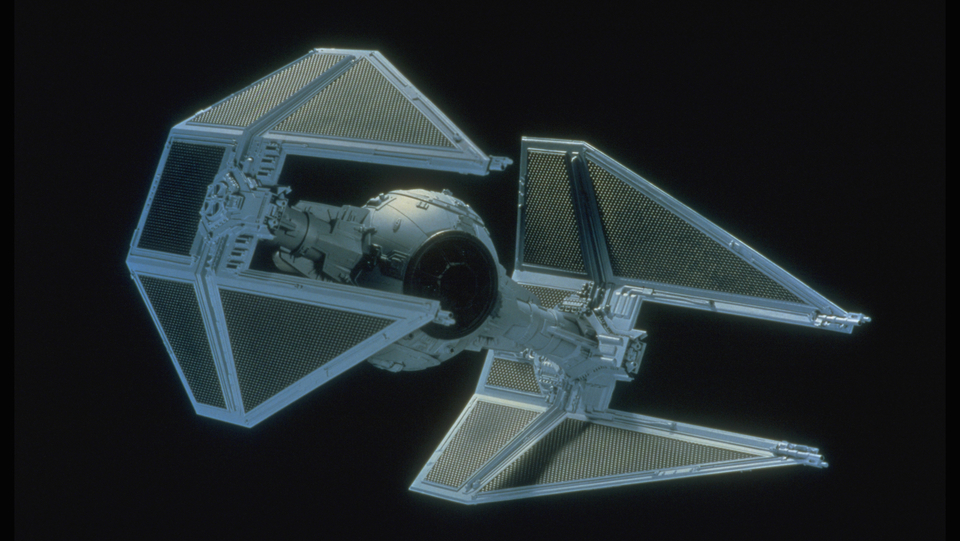 6. There’s been a noticeable lack of bad guy ships. That stops here. Nothing says Return of the Jedi like the Imperial TIE Interceptor. The quintessential ship from Episode VI. It just looks cool! I love the aggressive pointed solar panels, it shows the Empire means business. They knew the Alliance was getting stronger and possessed better fighters and this was their response. Still lacking shields, the Interceptor was even faster than its predecessor, the seminal TIE Fighter. Not to mention the fact that it was a pretty cool toy as well. 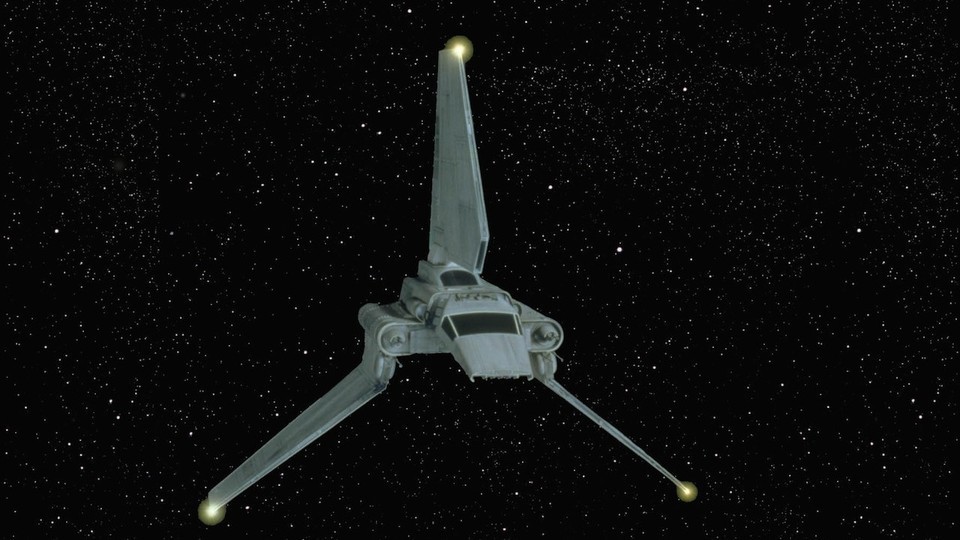 7. Lastly, the Lambda-class Imperial Shuttle. WIth its swept wings folded when in landing position, the Imperial Shuttle was another unique design I don’t think I’d see in another film franchise. From the first moment I saw it on screen escorting Vader to the second Death Star, I knew there was something about that ship. Up to that point, we had never seen anything like it in a Star Wars movie. Although it did had a resemblance to Luke’s T-16 Skyhopper. I remember I thought they were the same ship.

That’s it so far. I’m sure you’ve noticed that there aren’t any ships from The Force Awakens or Rogue One. It’s not because I didn’t like any ship designs in those movies, it’s more because I’m still digesting those films and not as familiar with them yet. The TIE Striker stuck out for me in Rogue One, even though we only saw it briefly. It had a certain Legends quality to it.

So what do you think? Did I miss anything? Chime in with your opinions of your favorite ships Legends or Canon. I’d love to hear them!