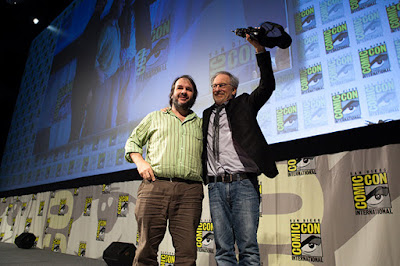 If you're going to San Diego Comic Con in a couple of week then you're in for a treat. Steven Spielberg will be in attendance along with cast of "Ready Player One."  Tye Sheridan, Olivia Cooke and T.J. Miller, as well as Cline who co-wrote and co-screenwriter Zak Penn.

Harrison Ford will also be there promoting Blade Runner 2049.

San Diego Comic Con will run from July 20th to the 23rd.  If you manage to get there and see the director be sure to send us your photos and we'll share them on here.