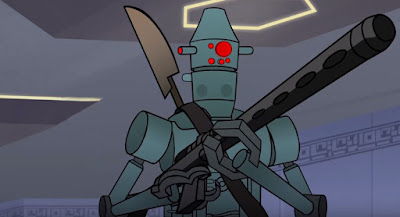 It's time for another Star Wars Forces of Destiny and in this action packed episode we get an appearance from Sabine (voiced by Tiya Sircar.)

Also making an appearance is the bounty hunter IG-88.  If my vintage figure is anything to go buy then he will probably fall over within a minute so probably not worth worrying about.  Also look out for the Stormtroopers keeping up their reputation for being unbelievably bad with a blaster.

Rob "What's the best thing to get paint out?" Wainfur
@thebeardedtrio