Movie Review: "The Exception" Is An Involving But Very Problematic Historical Melodrama 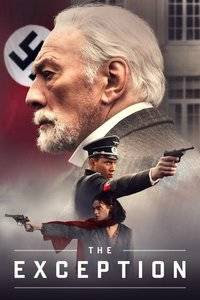 
WARNING: THIS REVIEW CONTAINS SOME SPOILERS, BUT IN FAIRNESS, THE FILM IS QUITE PREDICTABLE .

Kaiser Wilhelm II, the German Emperor who lead the country during World War I and ultimately abdicated the throne in 1918 (due to lack of support from the military), is to say the least an interesting historical figure, and his later years living in exile as Hitler and the Third Reich took over Germany are certainly a ripe setting for drama and character study. 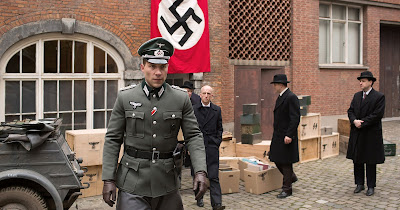 The Exception follows a German Officer, Stefan Brandt (Jai Courtney) who is assigned to head Wilhelm's personal bodyguard at the former leader's castle in the Netherlands. Following the invasion, German authorities are concerned that Dutch spies may be watching the Kaiser. Brandt, who suffers from demons but is  a dutiful soldier and deeply devoted to Germany, arrives at the castle, where the only thing that really grabs his interest is a beautiful maid (Lily James.). When the maid arrives to deliver a message, the officer has been drinking, and he orders her to take her clothes off and rapes her (though when he has her bent over a table, he does politely respond to her request to do it "gently", which plays even more awkwardly than it sounds because it seems more like an instruction coming from a girl patiently teaching a guy how to kiss than a desperate plea from a victim.). 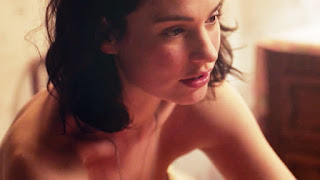 Upon meeting with a local SS officer, Brandt learns that a British agent has infiltrated the household, and he informs Wilhelm (Christopher Plummer), who takes the news less than seriously .
"An agent?" Wilhelm muses. "We'd better inform the ducks."

Wilhelm is getting old and doesn't like being told what to do or say, and he has a general disdain for the Nazis. His wife, Princess Hermine (Janet McTeer), wants him to exercise more caution and watch his words, as she hopes that the shift in power can lead them back into Germany's good graces.  Meanwhile, the maid, whose name is Mieke, confronts Brandt in his bedroom and a passionate affair begins between them, complicated slightly by the facts that "copulation is forbidden between the staff" and that Meike is hiding the fact that she is Jewish (and if you guessed that it's not all that she's hiding, you'd be right, and frankly it's quite impressive that anyone can hide so much while spend so much of the movie naked.). 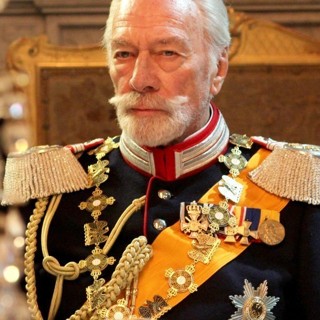 Wilhelm develops an almost grandfatherly fondness for Mieke and finds her a refreshing presence. Everything else suddenly becomes secondary, however, at the news that the castle is expecting a vistior: SS Reichsführer Heinrich Himmler (Eddie Marsan.).

The fact that the film tries to approach the study of real life figures through fictional characters and events is nothing new, and not the worst way to go. Even the overwrought, '80's Richard Chamberlain miniseries style affair set against the backdrop of espionage plot isn't as bad as it sounds, and the capable cast sells it nicely, though the film is far more interesting the less it focuses on the romance. The portrayal of Wilhelm and his wife and as they try to test the waters of the new German regime is quite interesting and plays out wonderfully, and while the spy plot is very by the numbers, it plays well enough and provides some genuine suspense. 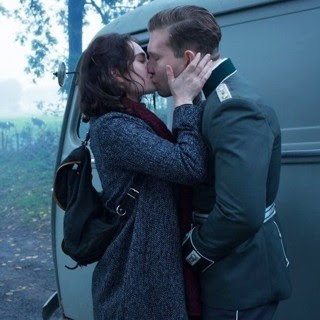 What doesn't play, at all, is our central character's status as "The exception rather than the rule", meaning the good Nazi. It's very hard to get past the fact that this "romance" started with a rape, and the clumsy attempts to lessen that ("Meike, I wanted to apologize for the way we met") only make it worse. We are quite literally expected to excuse our so called hero's actions because the object of his lust "wanted him." And what's worse, eventually the question of whether she seduced him is thrown into the mix. If this had all been played more ambiguously as a product of the time and setting, if Brandt were portrayed as a deeply flawed man with despicable qualities who begins to rise above them but is never fully redeemed, and if Meike's motivations were more complex and this was indeed all about the mission, some of these elements might come together, but if you're going to go dark and morally shaky, you need to really commit to it.  As it stands, there was a simple answer to the problem: if we are meant to like the characters and care about their relationship, leave the rape out of the story in the first place. Or am I making too much sense?

The performances all click, but Plummer and McTeer are clearly the standouts, with some wonderfully played moments and great dialogue, and they may even get some Oscar talk. Eddie Marsan's brief turn as Himmler is chilling, and the interaction with him provides some of the best moments.  Lily James is a strong presence, and Jai Courtney, an often maligned actor who has had a lot of bad luck with material, gives a very solid leading man turn, even if it pales in comparison to what Ralph Fiennes would have done with it if this movie had been made in the mid to late '90's when this sort of thing was actually box office and Oscar bait. I could have done without the silly sexcapades, and I personally did not need to see our leads completely naked (and I mean completely) so many times (if at all), but I suppose those who enjoy torrid affair movies have certain expectations (though, and I can't overstate this, starting things off with a rape generally isn't among them.).

On the whole, The Exception is a well paced and involving enough film, with some moments of genuine greatness, but severely wrongheaded choices and the disturbing messages sent by those choices lead to the feelings that some of the critics who were so hard on The Book of Henry may owe Colin Trevorrow an apology.