METROPOLIS Gets A Limited Edition Box Set For Its 90th Anniversary 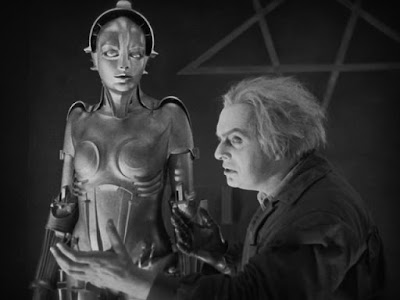 Eureka Entertainment to release a stunning new METROPOLIS Boxed Set, in celebration of the film's 90th Anniversary year, featuring Fritz Lang’s silent, sci-fi masterpiece. Limited to just 2000 copies worldwide, and illustrated with newly commissioned artwork specially for this release. The set features 2 x Blu-rays, 1 x DVD and a 100 page book all housed in a HARDBOUND SLIPCASE, Available from 25 September 2017 as part of The Masters of Cinema Series as a Eureka Webstore Exclusive.

With its dizzying depiction of a futuristic cityscape and alluring female robot, Metropolis is among the most famous of all German films and the mother of sci-fi cinema (an influence on Blade Runner and Star Wars, among countless other films). Directed by the legendary Fritz Lang (M, Das Testament des Dr. Mabuse, The Big Heat, etc.), its jaw-dropping production values, iconic imagery, and modernist grandeur – it was described by Luis Buñuel as "a captivating symphony of movement" – remain as powerful as ever.
Drawing on – and defining – classic sci-fi themes, Metropolis depicts a dystopian future in which society is thoroughly divided in two: while anonymous workers conduct their endless drudgery below ground their rulers enjoy a decadent life of leisure and luxury. When Freder (Gustav Fröhlich) ventures into the depths in search of the beautiful Maria (Brigitte Helm in her debut role), plans of rebellion are revealed and a Maria-replica robot is programmed by mad inventor Rotwang (Rudolf Klein-Rogge) and master of Metropolis Joh Fredersen (Alfred Abel) to incite the workers into a self-destructive riot.

To celebrate the 90th Anniversary of the film’s release, Eureka Entertainment is proud to present the definitive version of Fritz Lang’s Metropolis in a Special Edition Boxed Set as part of The Masters of Cinema Series, containing the 150-minute reconstructed and restored version; Giorgio Moroder presents Metropolis – the 1984 re-imagining featuring a soundtrack by Moroder himself; and the original 2001 restoration that was considered the definitive version of the film before the discovery of additional footage which brought the film significantly closer to Lang’s original vision.
Eureka Webstore Exclusive Available to order here: https://po.st/PxI5iD 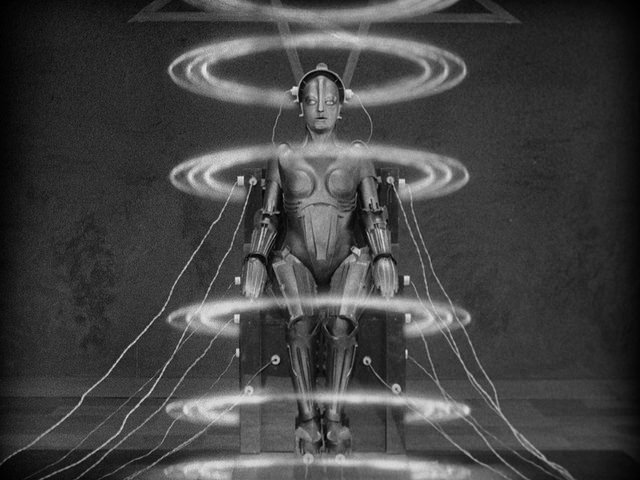 SPECIAL LIMITED EDITION BOXED SET CONTAINS:
- A Limited Edition Boxed Set, illustrated with newly commissioned artwork specially for this release- 150 minute reconstructed and restored 2010 version (including 25 minutes of footage previously thought lost to the world) on Blu-ray- Metropolis Refound – a 2010 documentary by Evangelina Loguerico exploring the rediscovery of the most complete print of the Fritz Lang masterpiece in an Argentinean film museum- Giorgio Moroder presents: Metropolis – the 1984 re-imagining of Metropolis featuring a soundtrack by Moroder himself and artists such as Adam Ant, Pat Benatar, Freddie Mercury and many more- The Fading Image – Documentary which goes behind the scenes of Giorgio Moroder’s restoration and scoring- Pristine HD transfers (1080p on the Blu-ray discs)- The 2001 restoration that was considered the definitive version of the film before the discovery of the Argentina footage- 2010 symphony orchestra studio recording of the original 1927 Gottfried Huppertz score in 5.1 (2010 version)- Berndt Heller’s arrangement of the Gottfried Huppertz score (2001 version)- Optional English subtitles as well as the original German intertitles- Full length audio commentary by David Kalat and Jonathan Rosenbaum (2010 version)- Full length audio commentary by film historian Enno Patalas (2001 version)- Die Reise nach Metropolis (2010, 53 minutes), a documentary about the film- 2010 re-release trailer- A 100-page book featuring archival interviews with Fritz Lang; a 1927 review by Luis Buñuel; articles by Jonathan Rosenbaum and Karen Naundorf; extensive restoration notes by Martin Koerber; writing by Otto Hunte, Günther Rittau, Aenne Willkomm, Brigitte Helm and Rudolf Arnheim alongside a stunning array of rare archival imagery 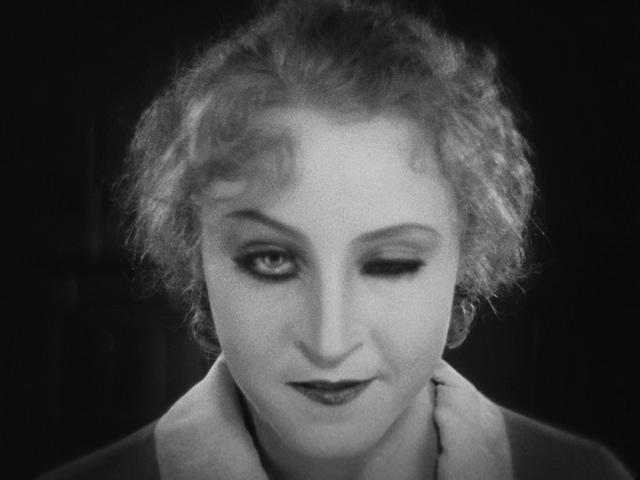