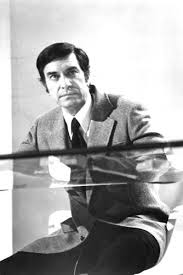 The actor Martin Landau, best known for roles in the TV series Mission: Impossible and Space 1999, has died, aged 89.  Steven Spielberg fans will know him as Paul Savage in the director's 1973 TV movie, "Savage."  The movie was about a TV reporter who investigates compromising photographs of a nominee to the Supreme Court.  The episode was produced as a pilot but unfortunately was not picked up.

His publicist Dick Guttman confirmed the death, saying: "We are overcome with sadness."

Columbo fans will also remember him from the excellent episode Double Shock in which Landau plays two people, Dexter Paris and Norman Paris.

His many TV appearances over the decades made him a well loved personality and a fan favourite.  He will be missed.  He died on Saturday in Los Angeles of "unexpected complications" following a hospital visit.