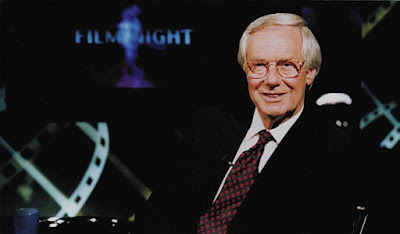 Sad news today as we learn that the legendary British film critic, Barry Norman has died at the age of 83.

A statement from his daughters, Samantha and Emma, called him "remarkable", adding: "He had a great life, a wonderful marriage and an enviable career."

Norman's daughters added: "He leaves behind a family who adore him and a great roster of friends who love him too. We will miss him more than we can say."

Norman hosted BBC One's "Film…" show between 1972 and 1998 - its longest running host - as well as writing for the Daily Mail and the Guardian.

Spielberg fans will remember him for his interviews with the director in 1990 and 1997.  Reading his book a few years back, which I strongly recommend to get an insightful look behind the glamour of Hollywood, Norman commented on how he would look forward to interviewing certain actors and actresses and some he would absolutely dread.  Tom Hanks was mentioned by the critic as being a particularly nice individual.

A generation of Brits like me will always remember the theme tune to Barry Norman's Film show which is so ingrained and connected to movies.  In the days before the Internet and multi-channel TV, getting a review of your favourite or most anticipated movie was a big thing and Barry Norman's opinion could always be trusted.