The brand new trailer for Steven Spielberg's Ready Player One has been released today at San Diego Comic Con and boy is it a blast!  It definitely has a sensory overload feel about it.  There are so many geek references in the trailer and I've captured a few for you to check out.

Look out for the bike that scrapes across the ground.  It boasts an Atari logo and we were informed by Paul Weller on our Facebook page that the bike is in fact Kaneda's bike from Akira.

And here's a quick glimpse inside the Delorean complete with time circuits.  Check out the dates.

Check out that glorious Competition Pro Joystick.  I had one of those.

Ready for the race, or is it a battle?  Someone got the pre-order exclusive F1 car by the look of it.

Who fancies a flying dance?

Feel a lot safer with the Iron Giant on my side.  Steven Spielberg says he has a significant part.

Freddy Kruger in the dream?  Or nightmare?

It has a Minority Report feel

Heroes are a plenty in this world.  Harley Quinn and Deathstroke are not joking around.

Fancy a game of Trackmania anyone?

Be a superhero on a giant mechanical scorpion in 2045.  The future seems glorious.  Or is it?

The key to Ready Player One? 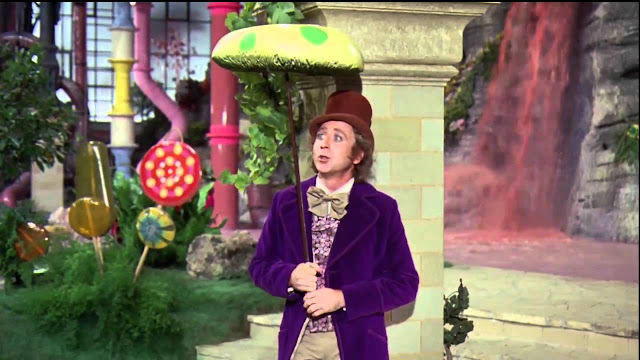 Update - Thanks to Tom Soliva for posting this one on our Facebook page.  Pure imagination from Willy Wonka and the Chocolate Factory is played throughout the trailer.  Great spot.  I totally missed it.

More Updates -  The following four photos were posted on our Facebook page by the eagle eyed Mark Tetreault.

If you pause it just right you see that the "this guy doesn't look friendly" guy has Aech on his nametag! I'm wondering if these shots are showing Aech doing the arena combat that's mentioned in the book.

In the shot with all the vehicles, look to the right. You'll see the A-Team van and what appears to be Christine next to it.

I think that's Lara Croft leaning up against Christine.

Is that Mad Max's Interceptor vehicle in the chase scene?

Did we miss any more?  Let us know in the comments below.  Here's the trailer for you to check out all those references.