Alan Silvestri To Score "Ready Player One." John Williams To Score "The Papers" 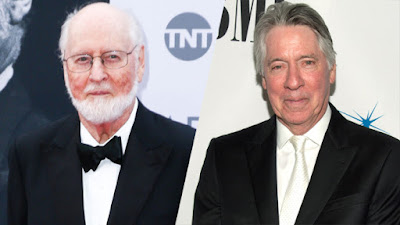 Variety have got an exclusive and it's big news.  John Williams will score Spielberg's political drama "The Papers" which will hit cinema screens at the end of the year.  The other movie that Spielberg is doing, "Ready Player One," well the music duties will fall to the great Alan Silvestri.  This will be only the third time in Spielberg's theatrical movie history where John Wiliams hasn't been the composer.  The reason of course is that post-production for both movies is happening at the same time.


A statement from Spielberg’s Amblin Productions: “Steven and John decided Alan Silvestri was the perfect choice for ‘Ready Player One’ since Steven has worked (as a producer) with Alan on the ‘Back to the Future’ films in the ’80s and Alan has scored other films for Steven’s Amblin and DreamWorks.”

We will keep you updated on this story.