Super 8 Score: Behind The Scenes with Michael Giacchino, J.J. Abrams and Steven Spielberg 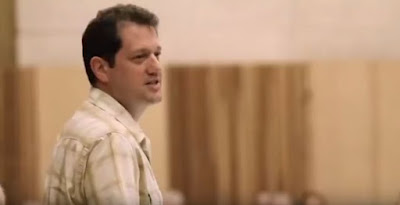 J.J. Abram's Super 8 is kind of a big screen "Stranger Things."  It has a retro feel, centres around kids and a monster terrorising a small town.

"Standing on the scoring stage with Steven Spielberg recording the music for this movie...that was a pretty nifty moment I have to say."

Look out for Michael Giacchino's super 8 movies in the video which obviously was inspired by Steven Spielberg's E.T. The Extra Terrestrial.