Move Review: "War For The Planet Of The Apes" is a Perfect Wrap-Up To An Extraordinary Trilogy 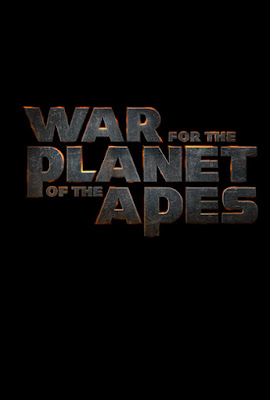 There are some movie moments you never forget. For us, one of those was the moment when a room full of cynical critics, who were all rolling their eyes and making monkey jokes before a closed press screening of Rise of the Planet of The Apes, let out an audible and collective gasp when Caesar (Andy Serkis) said "No." Draco Malfoy had just spoken one of the most referenced hammy movie lines of all time ("Get your stinkin' paws off me you damn dirty ape!") and a chimpanzee talked back to him. You would think this would have been a moment to inspire chuckles, bit instead a chill went through all of us. The scene was played with serious intent and flawless execution, and you didn't see it coming. That incredible moment personifies one of the most unexpectedly brilliant franchise reboots of all time. The series got darker, more intense, and even better with Dawn of the Planet of The Apes, which featured amazing performances from both Andy Serkis and Toby Kebbell (the latter of which gave us a villain performance that was every bit as good as Heath Ledger's Joker but much more sympathetic and, as such, more haunting.). The third chapter (traditionally dubbed the weakest in any series) faced some tough tasks in providing a satisfying ending to this trilogy.

War for the Planet of the Apes opens with a group of soldiers hunting for "Kong", the name that has been given to the ape enemy (apparently this is the year that the Great Ape meets the Vietnam War in Hollywood.).  The soldiers are being lead by ape guides called "Donkeys" (that's right: cooperating apes are "Donkey" and enemy gorillas (rim shot) are "Kong.").  It seems that following the events of the last film, some of the apes who allied themselves with Koba have broken off out of fear of reprisal and distrust in Caesar; in an attempt to survive, they have formed a tenuous and subservient alliance with the humans, helping them in their attempt to find Caesar and kill him. Caesar still leads the majority of the apes as war with the humans rages, but he is plagued with doubts and the specter of Koba hangs over him. The cost of war is driving Caesar into darker thoughts and instincts, bringing out an angry, vengeful side of him that he hasn't faced before, and may prove to be his toughest enemy yet. Meanwhile, the human army is lead by a zealot named Colonel McCullough (Woody Harrelson) who sees himself as the last great hope for humanity and therefore justified in any action he must take in order to ensure that this does not become a "planet of apes."

The story takes some dark and unexpected turns, and becomes very heavy at times, but never heavy handed, which is really quite an accomplishment considering some of the historical and geopolitical overtones. The film echoes events from the French and Indian war to WWII to the current xenophobic climate and polarizing political division in America and Britain (there is a major plot element that is likely unintentional but the parallel is a bit jaw dropping.). For those who may balk at this last comment, keep in mind that the franchise has always been about allegorical commentary right back to Charlton Heston kneeling on the beach screaming about the folly of the arms race. If anything, the newer films are simply less on the nose with their message.

In a summer that has overall been quite lackluster, War for the Planet of the Apes easily stands out as fiercely intelligent, engaging and stunningly emotional, but truthfully it would stand out in any summer. The performances and pacing could not be better, and this movie pulls you in to the intensity of its world to the point where you feel like you are right inside it (not in terms of any kind of cinéma vérité style, but rather in the sense that you become completely absorbed in every single moment as if it was real life.). In stark contrast to fifth entries in the Pirates of the Caribbean and Transformers series that lazily rely on following the same tired formula and leaving us sick to death of them, Apes achieves the mark of a great trilogy by cementing the fact that each chapter has had its own unique feel and structure while at the same time honoring the rich characters and themes that have recurred throughout.

Director Matt Reeves approaches the film with a strong sense of respect for the source material and for the apes as fully realized characters, never making a distinction between them and the human characters (more so even than in Dawn, this film follows the apes as the sole protagonists from beginning to end.). The script by Reeves and Mark Bomback (Dawn of the Planet of the Apes, Live Free or Die Hard, Unstoppable) is uncompromising and respects the intelligence of the audience, letting the exposition flow naturally and unfold as the story progresses.

Andy Serkis is an amazing actor who has been a true pioneer in the acting breakthrough of the century (performance capture), and as terrific as his work as Gollum and King Kong was, Caesar may be the role of his career, and the way the performance and the character have evolved just as Casaer lierally evolves throughout the series has been awesome in the truest sense of the word. He is surrounded by a top-flight ensemble, including Terry Notary (the new King Kong) as Rocket, Michael Adamthwaite as Luca and Karin Konoval as Maurice, all of whom are given more to do this time around (if Maurice doesn't make your cry, especially in his interactions with a young human girl named Nova, as well as his quiet moments with Caesar, you have no soul.). Steve Zahn is a magnificent addition in the role of Bad Ape, a former zoo chimp who has had a harrowing journey of his own and provides most of the comic relief, but has his share of pain to deal with as well. There are other new and complex characters, including Aleks Paunovic as Winter, an albino gorilla, and Ty Olsson as Red, one of the "Donkeys" who colludes with the humans. Woody Harrelson, a rare actor who can be great in role after role and still surprise, is given a hugely difficult challenge in providing an antagonist who can try to step out of the shadow of Koba, but he makes it work by playing the Colonel with such earnestness and commitment that we are forced to see that there is something to relate to deep inside this loathsome figure (imagine if Will Patton's character in The Postman was infused with some of the stark reality and nuance of Gene Hackman in Unforgiven.).

Michael Giacchino delivers ones of his most inspired scores (comparable to Star Trek and Up) mixing suspense with melancholy and melding it all into something truly beautiful. From the opening moment (which we refuse to spoil), Giacchino's score establishes itself as a major presence in the film, and it could very well get him another Oscar nomination. Cinematographer Michael Seresin (Harry Potter and The Prisoner of Azkaban, Dawn of the Planet of the Apes) is a master with atmospheric lighting and he is in top form here.

It's a bit sad to see this outstanding series (arguably the best prequel trilogy ever made) come to an end, but it's such a satisfying and moving one that it leaves little room for complaints. That's not to say that it's a happy film: there's a lot of brutality and you may feel emotionally exhausted afterwards. But you'll also feel enriched by the boldness and beauty of this groundbreaking cinematic triumph, and hopefully you will leave the theater thinking and talking about what you just saw, and how it relates to where we are headed as a society. After all, isn't that what Planet of the Apes at its best has always been about?