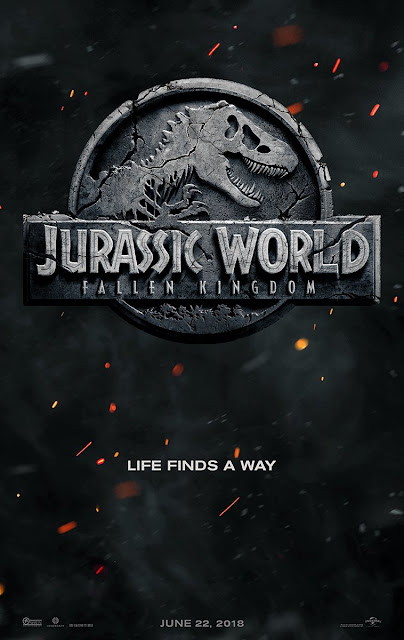 Earlier today Jurassic World producer, Frank Marshall tweeted the name for the sequel and its called JURASSIC WORLD: FALLEN KINGDOM.  Accompanying the tweet was a simple poster boasting the new title and simply the words "Life Finds a Way."  Frank Marshall actual tweet is below:

Today we are one year away from the release of JURASSIC WORLD; FALLEN KINGDOM!  @_JurassicWorld #JurassicWorld pic.twitter.com/mlb79fMjr8
— Frank Marshall (@LeDoctor) June 22, 2017


Also tweeting was Chris Pratt who will reprise his role as Owen Grady.  He revealed a little bit more in his tweet stating they had been filming for 80 days.


Jurassic World: Fallen Kingdom will hit cinema screens June 2018.   Frank Marshall is married to Lucasfilm president, Kathleen Kennedy so they've both had a busy day with Ron Howard being announced as director for the upcoming Han Solo movie.  Kim Masters tweeted Frank Marshall with the following:

Imagining chats between married producers Kathy Kennedy and @LeDoctor coordinating announcements on #StarWars and #JurassicWorld this AM.

Frank Marshall replied admitting he had to get up early.  Busy day.