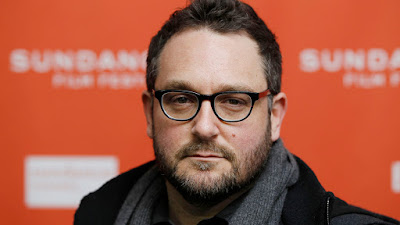 Anyone who rises quickly in Hollywood is likely to face a backlash, and few directors have seen the kind of meteoric rise that has been experienced by Colin Trevorrow. After one quirky indie hit, Safety Not Guaranteed, Trevorrow was surprisingly given the huge assignment of directing Jurassic World. That film quickly became one of the highest grossing movies of all-time, and then came one of the few even bigger directing jobs: Star Wars: Episode IX.  But Jurassic World has experienced the now inevitable Internet backlash nearly any popular film faces, and Trevorrow's follow-up film, The Book of Henry, has debuted to withering reviews.  With this has come some worry from online fans over Star Wars, and articles on sites like the Hollywood Reporter questioning him as the director of the final installment of this new trilogy.

First of all, let's discuss the questions some are having about whether the bad reviews for Henry will cause Trevorrow to be replaced on Episode IX. This theory largely comes from the legendary and widely debated departure of director Josh Trank from what was to be the second stand alone Star Wars film as word got out that the then upcoming Fantastic Four reboot Trank had directed was headed for disaster. But even if we ignore the fact that the official story is that Trank chose to depart rather than having been fired, the situations are very different.  First of all, Trevorrow is much further in the development of his film than Trank ever was, with Episode IX  likely to go before the cameras in the fairly near future. Second, The Book of Henry is no Fantastic Four: where Trevorrow's film is a small, pseudo-indie family tearjerker/suspense thriller with a limited release, Trank's was a major studio franchise effort. Trank's film also experienced budget issues and notorious behind-the-scenes problems (including reported erratic behavior from the director. All Henry has experienced is bad reviews.  And most importantly, that was Trank's first attempt at a blockbuster. Trevorrow has a huge success under his belt and has been very involved in the development and production of its sequel. Trevorrow has worked his way into a position of trust and influence at Amblin, and that means something to Lucasfilm. In short, Trevorrow isn't going anywhere.

Next, people should refrain from judging Trevorrow based on one badly reviewed film they probably haven't seen. Despite what some critics are saying,  The Book of Henry isn't a disaster.  Trevorrow's visual skills and pacing are dead on, and he gets good performances from his cast, and even illicits some serious emotion (albeit through a melodramatic story.). It's simply a film that tries to be too many things and makes some questionable choices with sensitive topics and veers to far from believability.  Trevorrow proved with Jurassic World that he has the visual and technical chops for a thrilling big-budget adventure film, and Safety Not Guaranteed displays some wonderful character work. Having some reservations is reasonable, but don't let the hate fest on his new film convince you the sky is falling. Kathleen Kennedy, Frank Marshall and Steven Spielberg believe in Trevorrow, and between that and the talent he's shown that's more than enough reason to stay positive. And let's not forget that Irvin Kershner, director of The Empire Strikes Back, also made the horribly received Robocop 2 and the largely forgotten Never Say Never Again. A perfect track record is not a prerequisite of making a great Star Wars movie.

Trust in the Force and know that Lucasfilm will do all they can to make Episode IX great. And cut Trevorrow a little slack. Every director has their misfires. It doesn't make him a bad director.