Wrapping up Star Wars Rebels: Through a fans eyes 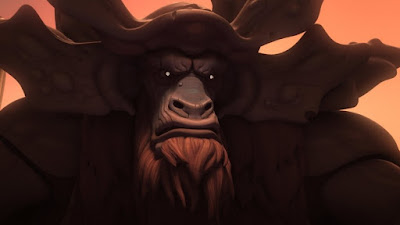 Spoilers for anyone outside the United States who may not have watched Star Wars Rebels season finale!

Here we are, a little over a week past the Star Wars Rebels season 3 finale, “Zero Hour”, two weeks since we’ve watched “Twin Suns”.

The episodes have had the chance to be consumed, processed, and digested. After much debate and discussions on social media I think most can agree they were solid episodes, despite some discussions on how certain things played out.

Typically I credit myself for trusting the Lucasfilm Story Group in all their storytelling decisions, but I too fell victim to having my own opinion on what I think should happen in “Twins Suns”. I know Lucasfilm promote free-thinking so, yet again I inch ever closer to having the criteria to be hired.

Star Wars fans, including myself, are a funny lot, on one side parts of fandom threw tantrums for The Force Awakens being fan service (just to be clear, I didn’t think it was), but when Rebels doesn’t give us what we expect/want, and instead gives us what the story called for, the torches are ignited with fury and the march on The Lucasfilm Studios commenced. There is no pleasing us. Ever. 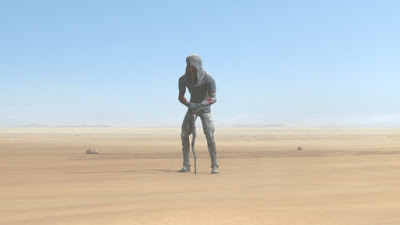 Now for my thoughts on each episode. It’s unusual for me to have such an overt reaction to anything, but as I watched “Twins Suns”, I couldn’t help but Facebook message a friend mine my gut reactions as I’m watching…

“I got beef with this episode.”

“This episode has way too much Ezra.”

“This episode’s only 22 minutes right?”

Sound familiar? Did you say these things too, or something similar?

Then, just like after every episode of Rebels, I watched Rebels Recon and I have to hand it to them, they answered a lot of my questions. The question is though, should Recon have to explain the episode to me? Probably not, but I’m glad they did. Having said that, what I’m taught when writing a story is that if you have to explain what’s going on after the fact, you didn’t do a good job fleshing out the story. But hey, who’s going to listen to an undergraduate? Right?
Should I need a background in film history, like I saw someone on twitter ask? No, you shouldn’t, but it doesn’t hurt and it’s fun to make the connections afterward. On a personal note, I enjoy learning about where the inspirations come from. It immediately makes me want to hunt down that particular movie or whatever it is they’re pulling from. 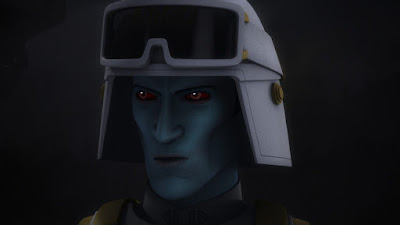 “Zero Hour”…oh, “Zero Hour” how you pulled me to the edge of my seat then decided to leave me at the altar. Despite its constant action, it drew out of me a more controlled reaction. It didn’t quite have the same impact on me that Twilight of the Apprentice did—and let’s face it, nothing will for a long time. However, it did set the stage for season 4. Speaking of season 4, will we see a time jump?
It was satisfying episode. Thrawn was as cold and calculating as ever, however he was held back by the insubordinate Admiral Konstantine. Governor Price is good at maintaining positions, but when it comes to adjusting to a new situation she doesn’t live up to the task.

Was anyone else surprised that Kallus was allowed to live? What purpose would it serve to keep him around? Bendu’s character is wearing thin on me. He was pretty cool in the beginning, but I sometimes get the feeling they don’t know what to do with him. It brings to mind something George Lucas said about the Force possibly becoming too much gobbledy-gook. Bendu is walking that thin line right now. I always took the Force as being a spiritual thing, but it’s inching ever closer to a more magical entity.

Oh and I’ve got to give props to animation department for the incredible space battle above Atollon. I’m a sucker for space battles, and I’d love to see more. As long as it serves the story of course.
We turn our attention now towards Celebration Orlando, where many disagreeing fans can once again come together and enjoy Star Wars as one. Or at least that’s the idea.