The Last Jedi Panel As It Happened. Mark Hamill Reveals He Was Terrified Of The New Film. 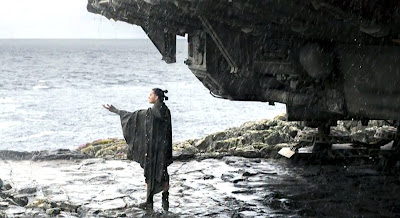 The Last Jedi panel has just taken place at Star Wars Celebration Orlando and the much anticipated trailer has been released.  Rian Johnson the director was on stage along with the president of Lucasfilm, Kathleen Kennedy.  Kennedy heaped praise on Johnson calling him one of the best directors she has ever seen.  Both paid tribute to Carrie Fisher who sadly passed away at the end of last year.

The two were soon joined on stage by Daisy Ridley who plays Rey in The Last Jedi.  She walked on stage to a huge roar.  "My heart is pounding, thank you so much" she said.  She was asked questions including "are you Luke's daughter?" and "are you a Skywalker?"  Obviously she couldn't answer any of these questions.  She did say that The Last Jedi will go deeper into Rey's story and her relationship with Luke.  Going back for a second time was more "nerve racking" as she knew what to expect and there was a level of expectancy she added.

Just like the panel for The Force Awakens a couple of years back, BB-8 rolled on to stage to much crowd approval.  The droid is still a wonder to look at.  How do they do it?  Rian Johnson revealed that J.J. Abrams gave him advice saying "you can't have enough BB-8."

Once BB-8 rolled off the stage, it was then time for John Boyega to make an appearance.  Boyega, of course plays Finn in The Last Jedi.  You can tell he is a huge fan of Star Wars and was so pumped up for the movie.  Boyega revealed The Last Jedi will be a big test for his character but Finn and Poe will have more adventures.

Rian Johnson said The First Order have some big and dire plans and are looking to bounce back in a big way.

Kelly Marie Tran joined the panel on stage.  She revealed she had to keep her role in The Last Jedi a complete secret, even to her family.  She is a new character called Rose and is part of the resistance.  She works in maintenance. She was asked what it's like being part of the Star Wars universe?  "It's incredible...I want to do it justice.  Thank you for letting me be here."

The loudest roar so far was given to a classic, Mark Hamill as he walked on to the stage.  He was dressed all in black, looking particular sinister.  Looking at the huge crowd he said "I never get used to this.  We go back to our every day lives like taking out the trash." A Contrast to the glamour on stage and the movies.  He remembered the time Rian came to his house. "Rian came out to our house to show me the script and I said to him the reason why I loved the prequels and Rogue One was because I wasn't in them...I could just watch them and relax.  We captured a lightning in a bottle with the original trilogy and to be honest...I'm terrified" he revealed.  He went on to say "Rian turned to me and said, so am I.  I loved that...He's becoming one of my favourite directors."  He also thanked the fans and said if it wasn't for you I wouldn't be sat here.  "You've always supported us, through the good times and the bad times."

Kathleen Kennedy wanted to emphasise that Luke Skywalker is "extremely significant to the story."

Rian Johnson revealed a teaser poster that to be honest is one of the most beautiful movie posters I've seen in years.  A retro and very red minimalistic poster.  Kennedy then said "everyone sitting out there will get one of these."

Then the big event.  The trailer for The Last Jedi.  "It's time for the Jedi to end." - Luke Skywalker. 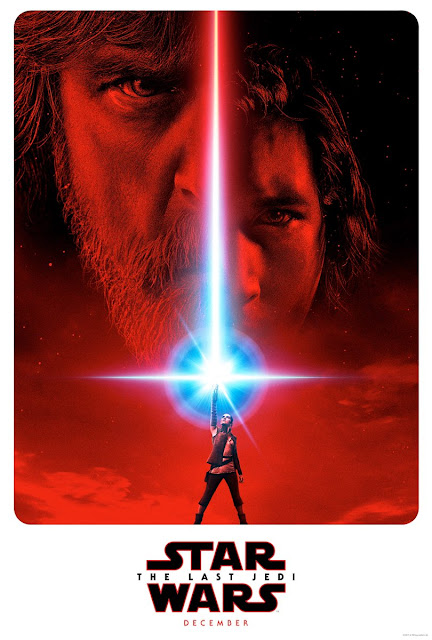