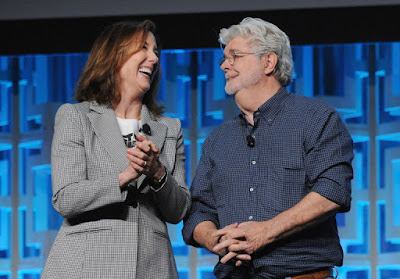 Lucasfilm president Kathleen Kennedy has said she wouldn't dream of messing around with George Lucas's vision of Star Wars.  In other words, the original theatrical cuts of Star Wars are to stay in the hands of George Lucas.  This, will of course upset a lot of Star Wars fans who have a desire to watch the original trilogy they remember from the 70s and 80s.

"I wouldn't touch those, are you kidding me?," she told the Steele Wars podcast, "Those will always remain his."

In the late 90s, George Lucas made changes to the original trilogy.  Some of the changes included rings around explosions and the now infamous 'Greedo shot first' scene.