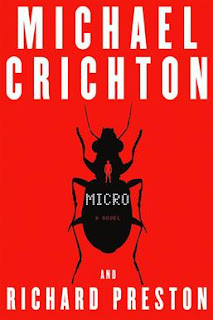 Norwegian Joachim Rønning who is down to direct Pirates of the Caribbean: Salazar's Revenge will also direct the adaptation of Michael Crichton's Micro.  The novel was left unfinished when he unfortunately died in 2008. Steven Spielberg and Frank Marshall will produce the film.

The movie will be scripted by Darren Lemke who wrote Goosebumps and the upcoming Goosebumps 2.

Micro's story will centre around a tropical forest where a group of biotech students are lost in the dense forest but what makes things worse is they have been shrunk to half an inch.  Better call Atom.