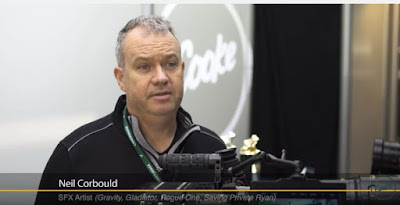 The folks over at CookeOpticsTV interviewed special effects guru, Neil Corbound who has worked on Steven Spielberg's Saving Private Ryan and Gareth Edward's Rogue One A Star Wars Story.  They tell us: