Steven Spielberg and J.J. Abrams Teaming Up Once More 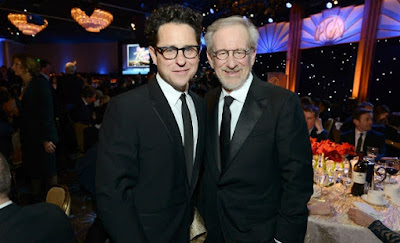 Steven Spielberg and J.J. Abrams are once again teaming up but instead of a movie on aliens (Super 8, 2011) the movie will be more down to earth and a whole lot more serious.  The film will be based on a real-life Syrian refugee.

According to the Wrap Spielberg and Abrams have secured the rights to Melissa Fleming’s bestseller A Hope More Powerful Than the Sea: One Refugee’s Incredible Story of Love, Loss, and Survival.  The movie will be produced by Paramount Pictures and Amblin Entertainment.

The story revolves around Doaa Al Zamel, a 19-year-old Syrian woman who fled Egypt and set sail for Sweden, only to be shipwrecked and forced to survive for days with nothing but an inflatable water ring secured around her waist. She also saved two children of other refugees who had been travelling with her, as they clung to her throughout the ordeal.

No word on who's directing.  We could see Abrams snap this one up who said he wanted to take a break from reboots and remakes.  He said recently:

“You know, I feel incredibly lucky to have gotten involved in things that I loved when I was a kid”, he admitted. “In fact, even Westworld, which we’re here for tonight, is one of them. But I don’t feel any desire to do that again. I feel like I’ve done enough of that that I’m more excited about working on things that are original ideas that perhaps one day someone else will have to reboot”.