Are Mathematicians Really About to Recreate Biff Tannen’s Almanac? 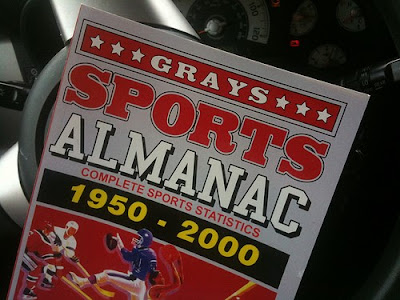 Remember in Back to the Future Part II when old Biff Tannen gave the Grays Sports Almanac to his younger counterpart (see video below to refresh your memory)? The book gave Marty McFly’s arch enemy the correct sporting result from every game for twenty years, and enabled the antagonist to get seriously rich in an alternative future. Now expert mathematicians are trying to recreate something similar in real life. Can it actually work or should these boffins make like a tree and get out of here?

A lot of sports fans would certainly kill for the knowledge in the Almanac that Biff gets his hands on in Robert Zemeckis’ classic 1989 adventure. Most would probably not wish to recreate the chaotic dystopia that Marty and the Doc return to after Biff’s accumulation of infinite riches, however. Having the knowledge of an outcome would certainly be a prosperous way of betting, but in reality most bettors have to make use of free bets such as 100% deposit bonuses to limit their risk. This is perhaps the closest way to a win-win scenario in the real world.

Or is it? Right now arithmetic connoisseurs are in the process of attempting to create a similar system to the almanac that could be used to assist in betting. That’s right, it doesn’t involve time travel - sorry. The experts from Cardiff University believe that they can use big data to predict the results of future sporting events. This involves collecting astonishing numbers of stats and figures, analysing them, and using them to predict logical outcomes. This by no means sounds infallible, and it seems that the number crunchers are getting ideas ahead of their stations here. Could the stats have possibly pointed towards Leicester City’s famous Premier League title win last season, for example? Or would they have expected the reigning champions Chelsea’s descent at the same time?

Bookies probably shouldn’t be too concerned at the moment. The joy of sport is the fact that there are frequently unexpected results. Even when old Biff introduces the book to young Biff in the film there is a shock result on the radio. It would be nice to have the knowledge of all sporting results before they happen, though. The best chance of getting that information would probably be to befriend a mad inventor (see video above) and hope that he stumbles upon a means of travelling through time. Good luck!