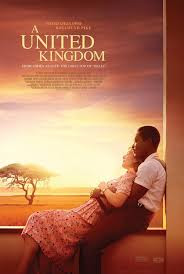 The fact that  A United Kingdom feels timely because it deals with issues of politics and discrimination is really not remarkable: these are always timely issues. But while it's entirely coincidental that the importance and power of a free press is so aptly illustrated by the film, it makes it something of a must see in the current political climate. 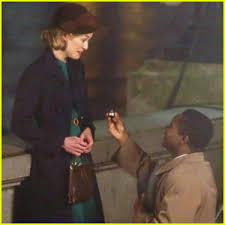 The film chronicles the true story of Seretse Khama (David Oyelowo), the Prince of Bechuanaland (now Botswana), who met and fell in love with London office worker namer Ruth Williams (Rosamund Pike) in 1948. This interracial relationship caused quite an uproar, not only among the respective families, but also within the not approved the British and South African governments (South Africa was just in stating apartheid, and they were an economic ally the Brits could not afford to alienate.).  After moving back to Bechuanaland, Seretse and Ruth find that the controversy threatens not only their marriage and family relationships, but also the future of Seretse's role as leader of his people, as well as his people's very right to govern themselves.

Any love story rises and falls largely on the charisma and chemistry generated by the leads, and Oyelowo and Pike more than deliver, giving performances that cause the audience to fall in love with both of them as they fall in love with each other. Oyelowo is both compellingly intense and lovably gentle, again demonstrating that he is one of the most dynamic and exciting actors working in film today. Pike again shows how wrong those who initially dismissed her as just another pretty face are, making Ruth both sweet and strong-willed. Both the actors and the characters always seem to be complete equals, perfectly matched to each other. 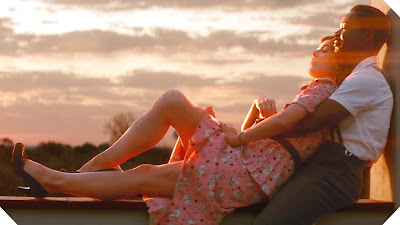 The personal drama is compelling enough to provide an emotional hook for those who may not be interested in the political procedure and games which dominate much of the plot. The balance between the two is handled smoothly by screenwriter Guy Hibbert and director Amma Assante (Belle), and the result is an engaging and fast-moving film. In fact, nearly our only real complaint may be that the film is a little bit too fast-paced: this a rare movie that could probably use another 15 or 20 minutes to fully flesh out its story. A couple of sequences showing the British government's nasty treatment of the Africans could also stand to be a little more overt and less concerned about keeping the rating down, as the tame approach actually makes it somewhat difficult to tell what's going on. The British are represented by Pirates of the Caribbean's Jack Davenport and Harry Potter's Tom Felton, indicating that Assante put out a casting notice for "Two Sniveling and Prissy British Twits", and they do their jobs well by making the audience fantasize about punching them in the face.

Another moving performace come from Terry Phetto as Sereste's sister, Naledi Khama. It's also fun to see Nicholas Rowe, who we geeks know as Young Sherlock Holmes, show up in a supporting role as a British Labor Party politician.

Assante's direction is slick and assured, sticking primarily to a low key, old fashioned approach that serves the story very well. But she provides just enough flourish at the appropriate times to accentuate the emotions of the film. This marks Assante's third time behind the camera, and she's an exciting talent to watch for.  Rick McCallum, best known as a producer of the Star Wars prequels, performs the same duty here, and it's nice to see him get a new credit in his post-Lucasfilm days.

A United Kingdom is a story of love, tolerance, and determination that lead the audience we saw it with to laugh, cry and cheer. While it certainly won't be a blockbuster, it's likely to please what crowds do see it, and it deserves a wider audience than it will probably get.  It's a moving character drama that illuminates a fascinating historical event most audiences will know little nothing about, and we hope it won't get lost in the shuffle of bigger, more widely hyped releases.