Genevieve O'Reilly: From BeastMaster to Rebel 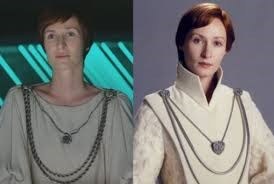 From the deleted scenes from the 2005 DVD release, we see the first iterations of the younger Mon Mothma, originally played by Carolyn Blakistone in Return of the Jedi, voiced by Kath Soucie in The Clone Wars, and now played by Irish actress Genevieve O’Reilly. I remember how cool it was to see what turned out to be the formation of the Rebel Alliance and the return of an original trilogy character, unfortunately however, those were cut scenes and the performance of Ms. O’Reilly was left to make us wonder what could have been.

Ever since Mon Mothma was revealed in the first teaser trailers for Rogue One: A Star Wars Story, a stir began swirling in the Star Wars fandom of whether or not that was Genevieve reprising her role as the Senator from Chandrila. Even since then it seems Genevieve and her portrayal of Mon has been one of the most welcoming aspects of Rogue One. With this passed episode of Star Wars Rebels, “Secret Cargo”, Genevieve returns once again to maintain the consistency in Mon Mothma’s confident yet calming voice.

Upon seeing Genevieve reprise this role, it sparked an interest in me as to what other roles has she appeared in. Because the average American viewer may not be as familiar with Ms. O’Reilly’s work as some of our British friends, thanks to her IMDb page, here’s an exhaustive look at most of the film and television roles she’s appeared in since 2001.

Her most notable appearance might be recognized by fans of The Matrix series as Officer Wirtz in The Matrix Reloaded (2003) and The Matrix Revolutions (2003). Genevieve has played a number of smaller roles in film including a pizza girl in the low budget Australian film called Right Here Right Now (2004), Lady Flora Hastings in the British period drama called The Young Victoria (2009), and also in another British-American drama, Forget Me Not (2010) and the spy-thriller, Survivor (2015). Genevieve also played the role of Tarzan’s mother in The Legend of Tarzan (2016). 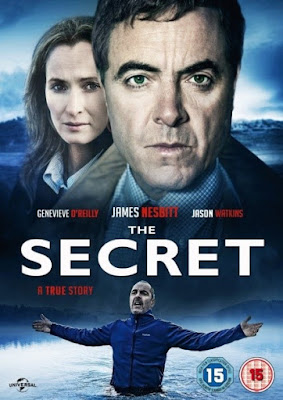 It is quite obvious the acting versatility Genevieve O’Reilly possesses is impressive, and no doubt she will continue to be sought after for more television and film roles in the UK and Australia. I hope someday to enjoy more her talents on this side of the pond. As of right now BeastMaster, The Incredible Journey of Mary Bryant, Diana: The Last Days of a Princess, Spooks aka MI-5, New Tricks, Law & Order: UK, Waking the Dead, Episodes, Midsomer Murders, Crossing Lines, The Honourable Woman, Glitch, Masterpiece: Endeavor, and The Fall are all available on Netflix in the United States.