Star Wars: When Are We? 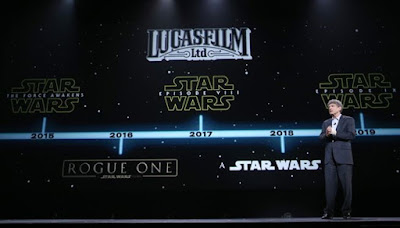 Having been a long time Star Wars fan, I sometimes take it for granted that when there is a new movie, comic series, novel or television series, I will be at least somewhat familiar with the setting, timeline, and possibly some recurring characters. Generally the overall story won’t be something I’m completely new to, because even when something new does come out, chances are that particular part of the timeline had been previously explored in the Legends books/comics—so even if something isn’t canon anymore, I will be comfortable with the state of galaxy at that time.

When Lucasfilm announced that they had decided to branch off of the episodic films and make a standalone, I didn’t feel the confusion that a lot of the more casual fans did. To be honest, I was confused as to why they were confused. The first time I experienced a casual fans confusion was at my work right before Rogue One’s release, when a guy approached me all confused by the fact that Rogue One: A Star Wars Story wasn’t Episode VIII, and the realization that Rey wasn’t going to be in this one gave him pause at seeing Rogue One. I couldn’t for the life of me, understand why this was confusing. Rogue One was being promoted as the movie where the Death Star plans are stolen for at least a couple years. I mean doesn’t everyone listen to a dozen Star Wars podcasts, watch The Star Wars Show religiously every Wednesday, and read the Star Wars Insider like it’s the Bible? I come to find out, amazingly enough most people don’t do these things. Strange. 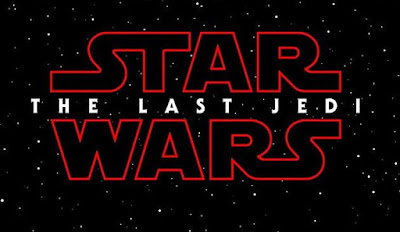 Getting back to the actual “story” part of Rogue One, I went to see Rogue One back on January 2nd for my fourth time with family. My sister’s friend has never seen any Star Wars movies, and had no idea what to expect. But it’s a standalone right? What’s to know? After the movie was over, and I’m done wiping my eyes, I asked her what she thought of it. She replies, “Eh, I don’t know any of the backstory so…” My internal voice heard a different language. Something like Latin mixed with Khmer and Zulu. Huh? You shouldn’t have to know any of the backstory! Right? Right?

This all lead me here. Lucky you. I couldn’t help but think, maybe these Star Wars “stories” are meant for us uberfans more than the regular Jack and Diane living in the heartland. Maybe these Star Wars stories are more alienating than I originally thought. What an interesting thought. Will making these kinds of “standalones” that aren’t really “standalones” hurt Lucasfilm? Of course there are enough of us uberfans out there to offset any turned off by the unfamiliarity, but it would be unfortunate if that were to happen. I love it when new fans are brought in and then motivated to watch the rest. Like last year for example, when my other sister saw The Force Awakens. She is by no means a fan of Star Wars at all, but she enjoyed The Force Awakens enough to want to borrow my Blu-ray versions, and watch the original trilogy; and even check out parts of Episode I and III.

To wrap it up, from my point-of-view, I feel pretty confident when and where each event in Star Wars takes place, but sometimes I forget that most people aren’t like me (or you if you’re reading this). All these different movies can get confusing, especially if they continue to jump around in the timeline. How many people will be wondering why Lucasfilm is making a Han Solo movie? I thought he died in Episode VII?

It’s something to think about anyway. Let me know what you think.