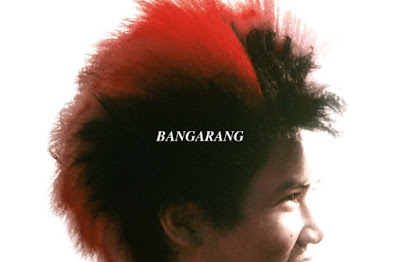 Actor Dante Basco, star of Steven Spielberg's 1991 classic Hook has launched a Kickstarter campaign to hopefully bring the origin story of Rufio to the screen.  Basco with a talented team behind him are, initially looking at a goal of $30,000 and at the time of writing this are already at the half way point after only a few days.

The story will be about Rufio, before the mohawk, before Neverland, before he was The Pan.

Roofus is a 13-year-old kid who is destined to be more than he is. After his mother is forced to put him into a foster home, he and his rag-tag group of best friends - a Jamaican boy named Julani and a bright-eyed latina force of nature named Ella - find a way for Roofus to escape his ill fate, find his happy thought and fulfill his destiny.

The story has been reverse engineered from what was set-up in Hook. The movie will answer all the questions you've ever wondered -- How and why is Rufio the leader of the Lost Boys? Where does "bangarang" come from? And of course, how he gets the mohawk.

Pledge rewards start at just $10 and for that you get a special thanks as well as exclusive access to behind the scenes content of the film.  If you have the cash then for just $1000 you can become an associate producer of the movie.