BLOG: Remembering my Star Wars figures from the 70’s and 80’s. 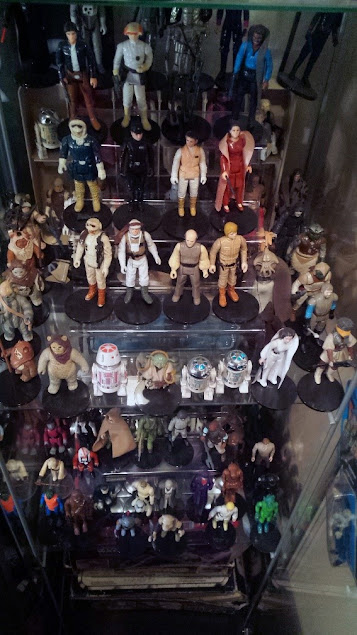 I was lucky enough to have caught Star Wars in the cinemas when it first hit the big screens way back in 1977.  From the moment I left the cinema screen in South Wales I couldn’t get enough of that galaxy far far away.  My favourite Star Wars fix were my Star Wars figures, recreating scenes and inventing an elaborate expanded universe all from the comfort of my bedroom.
My first figures were Luke Skywalker with his yellow telescopic lightsaber and Princess Leia with her white plastic cloak.  Filling in for the ‘baddies’ back then was a figure of Maximilian from Disney’s The Black Hole.  The cast was a mishmash and a bit small but it didn’t stop my imagination.  Soon they were joined by a cocky Han Solo and a Millennium Falcon.  Now we’re talking, although the plot from that moment on involved the Empire somehow trying to steal the Falcon.  Sometimes they succeeded which would carry over to next play time. 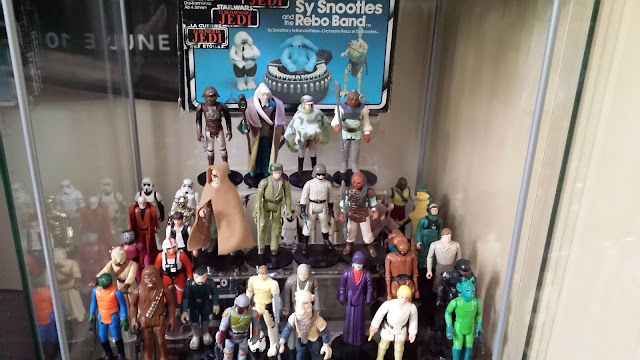 That was my Star Wars fix for a number of years.  My figures were my expanded universe.  The cast grew, well it drop once after a neighbour opposite stole my figures from my shed while I went inside for dinner.  I spotted him playing in his garden with the very same figures that were missing.  He claimed they were his, even though the five that were missing were the ones right there.  He even went as far as taking off the black plastic cape from my Darth Vader and replacing it with a home-made cloth version.  I kind of liked it so kept it on when I eventually got them back thanks to my Dad coming around and settling the dispute, peacefully I will add.
Speaking of my Dad it was my father who made me decide which figure was my favourite.  My dad
has a window cleaning round and one summer’s day I decided to give him a hand.  It was hard work but I didn’t expect any reward.  My dad walked into the local corner shop and bought a Yoda figure for me.  I was overjoyed and so surprised.  We didn’t have a huge amount of money back then so these little surprises meant a lot to me.  Yoda is on my shelf and will always remind me of my father.

The years went by, other kids grew out of their Star Wars figures and collection but not me.  I carried on collecting.  I recall that I sent a letter to the address on the back of one of my figures.  Palitoy in Leicester if I recall telling them how much of a fan I was.  I even put one of my spare Stormtrooper blasters in the envelope.  Looking back I’m not sure why, surely they would have a whole factory of these.  Anyway I waited for my reply.  I’m still waiting…

My Millennium Falcon was joined by an X-Wing, Speeder Bike and Big Trak.  If you’ve not heard of that last one, that’s because it’s not Star Wars.  It was from MB and it was a huge programmable futuristic looking tank.  This, in my mind was the Empires new super weapon which Han, Luke, Leia and the others had to either steal or destroy.  I used to play my records on my record player which provided the soundtrack to the movie I was creating in front of me.  The preparation music from The A-Team always seemed to get used if I recall when the Rebellion were planning their missions.
One toy I always wanted as a kid was an At-At Walker.  It was just too expensive being around £30 back in 1984.  A friend had one from school and I couldn’t believe the size of this thing.  I was amazed at how the laser cannons lit up and had sound effects too.  I always wanted one.  A few years ago at a toy fayre I bought my first At-At for the grand price of £20.  I love it even if the adult in me thinks it’s just too big. 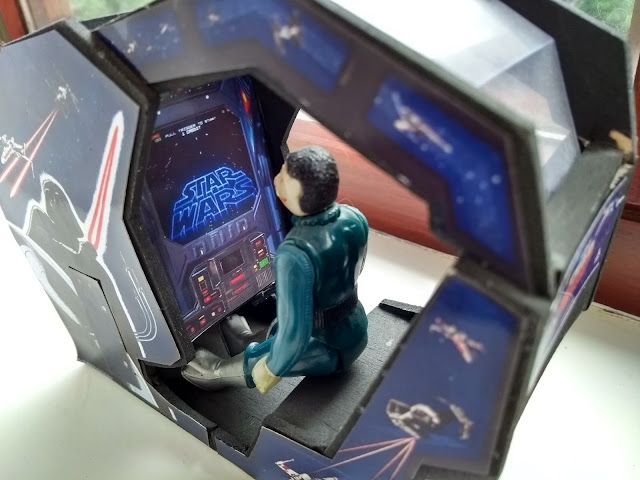 When I think of my childhood, my Star Wars figures are right up there in my memories and always make me smile.  I now have them on display in a glass cabinet but I still take them out from time to time to play.  Just like my Dad buying me Yoda all those years ago I have a special place for my Yak Face which my Wife got me for Christmas a few years back.
Star Wars has been in my life for 40 plus years.  The movies are engrained in my memories but the Star Wars figures from the 70’s and 80’s will always be my expanded universe.
Rob Wainfur
The Bearded Trio - The Site For Steven Spielberg, George Lucas, John Williams and a whole lot more.